Or perhaps, an anniversary,

I have lots to do, but still I may build a couple of these. Not fond of all white. Either red/white/blue or just natural wood.
Also, the white one seems too straight.
Actually, a covered rustic swing is more my thing. I’ll combine the two concepts. Maybe. Don’t hold your breath. 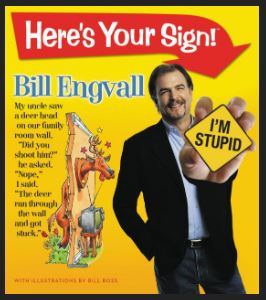 You wouldn’t think to make this sort of thing up. 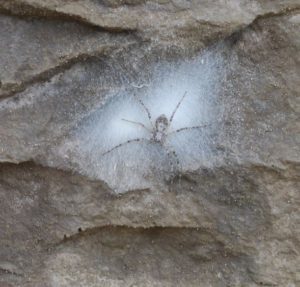 The work crew, on Tuesday, finished placing stone siding on the lower half of the front wall. On Thursday I noticed the sandstone-like wall had been colonized.
The spot is near the front door so we pass by several times a day. I wonder what happens next. Babies? 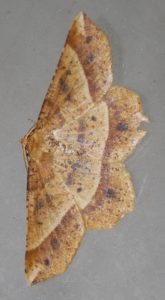 Wednesday there was a new visitor – – on the board under the front window where the cats like to eat, watch the goings on in the landscape, sleep, and sometimes get petted. At night the light from inside attracts moths. Inside/outside cat Czar will get on the board and swat at the bugs.
The moth moved to the door window, and I took the picture here.
Now gone.

Item #5: Give your dog some space

Prince Edward Island appears to have a problem because dog owners, being told to isolate at home, are pestering their pets.

I think if this is a real thing we will be 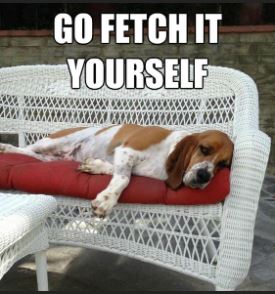 seeing more stories of it. There have been a few photos, such as the one used here, suggesting dogs are fed up with owners being isolated at home.
Anyhow, the article from Prince Edward Island seems to be of serious intent.