Beginning with a beautiful photo of Mt. Stuart, from Easter Sunday afternoon on the road to the Party Barn in Thorp, WA. 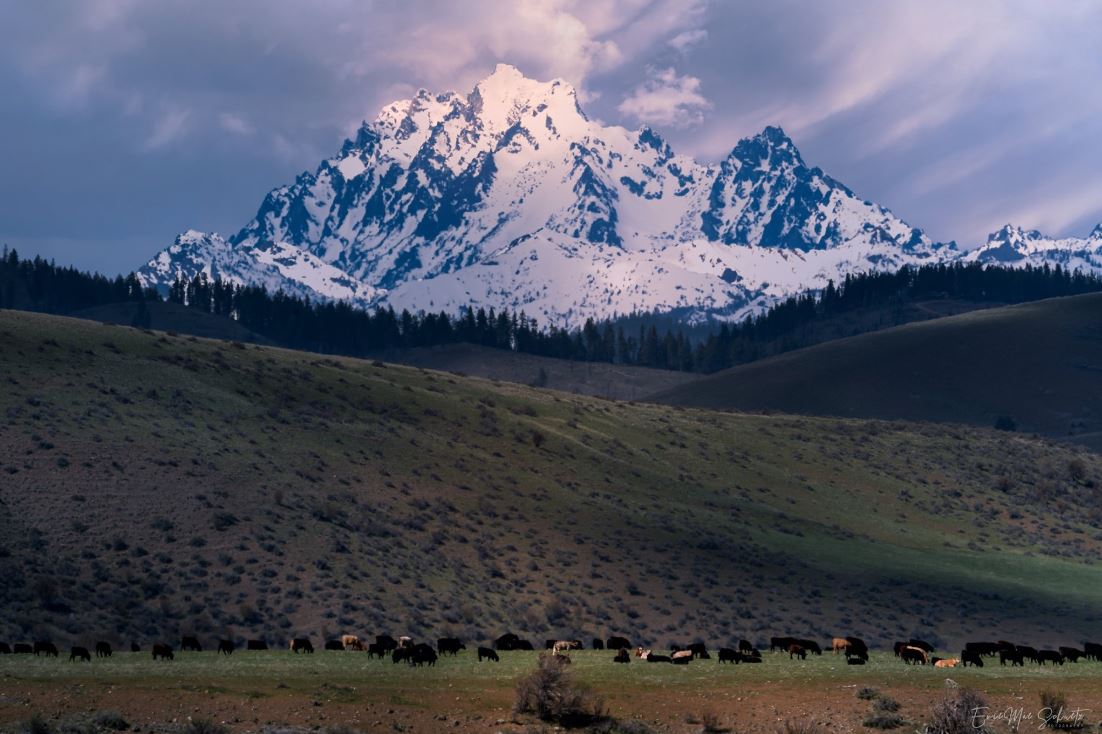 Evie Schuetz’s Photo from Thorp, WA of Mt. Stuart, which was transported here from Mexico on moving tectonic plates. (no joke). Don’t believe me – check out the link below. Baja to BC.

In answer to my question, Evie said: It was shot with my telephoto lens at 448mm. I tried using 600mm first, but then all you could see was mountain and no foreground. I liked it with the cows best. I took the photo at 2:49pm yesterday (on our way back from Cle Elum).
I agree. The composure is enhanced by the cows in the valley foreground.

The origin of Mt. Stuart in Mexico is explained here by my friend, Nick Zentner. Check this story Baja to BC:

Monday we met with an electrician and our contractor at our place. Electrical work will fit in after new walls and window, and ceiling are fixed. He had good ideas to improve the room.

Today, I put a check in the mail to The Swauk-Teanaway Grange for scholarship donation, and suggest others do the same; the Grange is another “business” suffering from loss of income by this coronavirus stay-home order. [John calls it Panic 2020.] One of their incomes from rentals (mostly for spring & summer weddings) will not be available. The normal awards ceremony and dinner had to be canceled this year. So, donations received at the dinner will not happen this year, to fund the scholarships as usual.

We went by the Landons to pick up the wine rack for Cameron and baking potatoes. Have a 2:00 appointment at Umpqua bank with a notary. Picked up feed for horses, and Annie’s meds at Fred Meyer pharmacy. John went in to check Bi-Mart numbers, and we called Peggy and talked all the way home, even including a drive-by McCullough Road to see the siding (with stone facing) on the house belonging to our contractor. 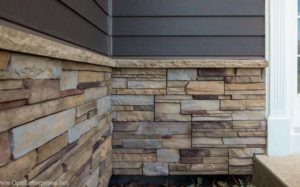 When our Great Leader Jay says it is okay to work, a crew will remodel and convert our attached 2-car garage to livable space. Outside, the front “L” will get blue metal siding (3 ½ feet top) and stone on the bottom. We’ll have blue, rather than gray, but the image (right) – from the web – is the concept. [There is no time yet decided on ending the lock-down.]

I just found this and figured I’d include it for all those following Nick’s lectures, during which he mentions former or current faculty members in Central Washington University’s Geological Sciences department. Many of these names will be familiar.

CWU Geology Through the Years presented May 20, 2016 by Nick Zentner

Geology of Seattle and the Puget Sound Mar 2, 2015, part of I-90 Rocks Videos with Tom Foster

Ice Age Lakes between Seattle and the Cascade Range (with nice subtitles), May 11, 2015, part of I-90 Rocks Videos with Tom Foster 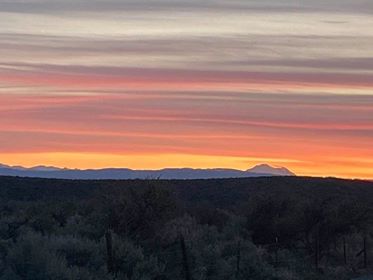 John met for an hour with 2 fellows from Washington Tractor to take our Tractor with front end loader, to town for getting operable again and adding a roll bar so we can loan it to our friend Cameron Fries. The vineyard is on sand but parts quite steep. The Naneum Alluvial Fan is basalt cobbles in place for millions of years. The small tractor, bought with good intentions a few years ago just won’t handle the compacted material of the fan. 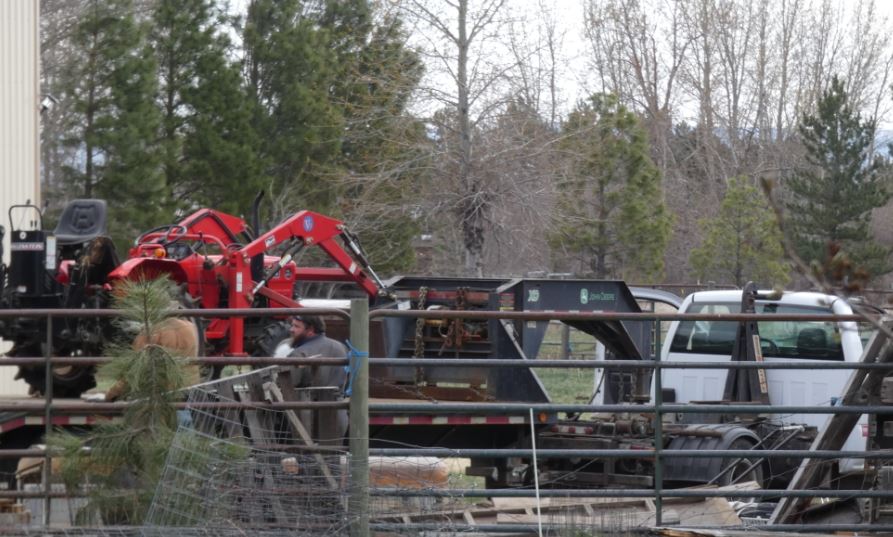 The motor started but had a few issues – malfunctioning joy-stick to move the front loader, and a couple of hose leaks. We have been told this tractor is “like a John Deere” so maybe they can make it work and add a roll bar.

Haircut with Celia today at 1:00 p.m. and also took historic car articles from the WSJ to husband Bobby. I drove into a storm: but we were fortunate it rained hard while we were in her home cutting my hair. By the time I left it stopped. No storm at home, just a mile away. 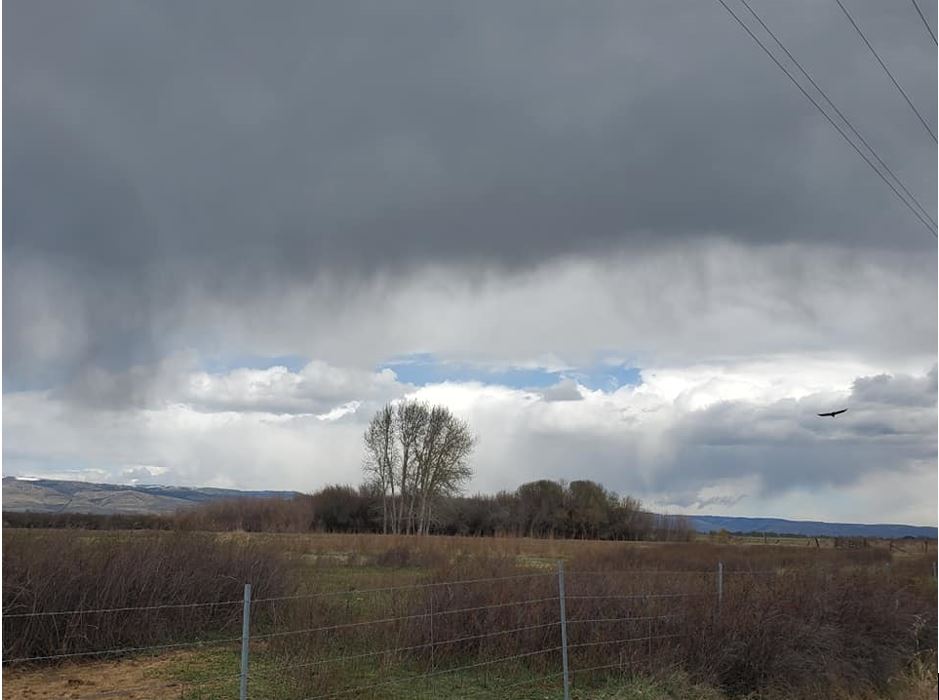 John was home with the old pickup truck when he saw the cloud and decided to come into the house and get the truck back under cover. As mentioned above, that wasn’t needed.

Snoqualmie Pass in the Cascade Range, May 26, 2015 in I-90 Rocks videos with Tom Foster

Tonight’s lecture from his backyard ~

Ending tonight with a great article in the Seattle Times that came out today about Nick Zentner’s Livestreaming. Check here:

Late to bed last night, slept in this morning, till 8:00 a.m.
Just the usual at home stuff today. John fixed popcorn for my video watching.

Nick from his backyard ~

We sent the county our request for a flood plain development (sic) permit. They are not open so we had to mail it.
The “sic” means we are not in a floodplain, even though the FEMA map shows we are. The county can’t overrule. If there is a loan involved, then flood insurance is (thousands) required.

Getting the packet together took much longer than ever expected, and then John had to travel to the post office in Ellensburg to send it, combining with two grocery store stops.
His Not So Nasty News on Friday has the trip to the Post Office story – find the picture of the 20¢ George Washington stamp.

No livestreaming video lecture from Nick Zentner tonight; his day off (along with Monday).

Contractor Walter called to come go over the bid with us. Wife Lynn came along and we visited.

Late supper: Salad for me, spaghetti sandwich for John with wine, White Heron’s Trinidad Red. It is a blend from the lowest vines where the soil, when wet, is a red (auburn) color.

Going to bed to be up early to watch the early morning geology lecture on Columnar Basalts in Central WA.

Starting today with a visit to the past and current spring.

We have had Daffodils, mostly yellow, but the tulips have been in a pause mode for weeks. This week the earliest variety put on a spring show. Others still have no blooms.

Back in the blog for April 2 I featured a Tiger head painted by a young woman from Kittitas, WA, Franka, using the method. Follow the link on that date above to see the tiger, after you scroll down the page to the date.

This morning at 9:00 a.m. is a livestreaming video lecture from Nick Zentner on Columnar Basalt. I get on line just after 8:00 a.m. to visit with some of my fellow students from around the world.

Background viewing for this morning’s lecture.
Starting with my favorite:

Flood Basalts of the Pacific Northwest_1-25-2017—move to the visuals at 52:45 to view Elephant Mountain flow at 54:54 of the columnar basalts

Below is Nick’s livestreaming of Saturday’s morning lecture:

I was on the page early and reminded our group today via live chat that the Ultra-Light Pilot is Tom Taggert (not Tom Foster), a question asked last week. Tom Foster was a photographer and the author of the web site hugefloods.com. Sadly, Tom recently died (3-4-20) at a young age (60); see this report, from the IAFI (Ice Age Floods Institute):

Then this morning’s lecture is here, and we really got into it going until 10:30 a.m.!! Longest ever. All the students around the world stayed with him the whole time, and I think even surprised Nick. 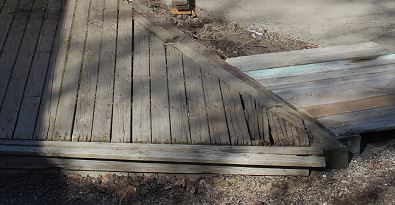 He’s gone back outside to move dirt and rocks, among other things. He just moved the old Chevy pickup truck into the front yard and is using a crowbar to rip slats of wood from the deck (already rotting) put there about 40 years ago. It’s been a problem for years, but soon will be history. Ignore the pallet on the right.

I’m tackling in house chores, responding to emails, and working on my part of the blog. Must get off here soon and file more receipts that keep piling up. While adding other chores that can run on their own (clothes washer, dishwasher).

Nick’s morning lecture is on Plate Tectonics.
This one was difficult to find previous lectures on by Nick. He’s spoken about some of the issues previously, but many of those will be more appropriate for this coming Tuesday’s lectures on Mountains (with the lecture titled, Plates Colliding).
I cannot find any background info for this morning’s presentation except two audio podcasts by Nick (which are amazingly well done without visuals). I have chosen #13 & #14.

I’ll start with a world map of the plate boundaries. 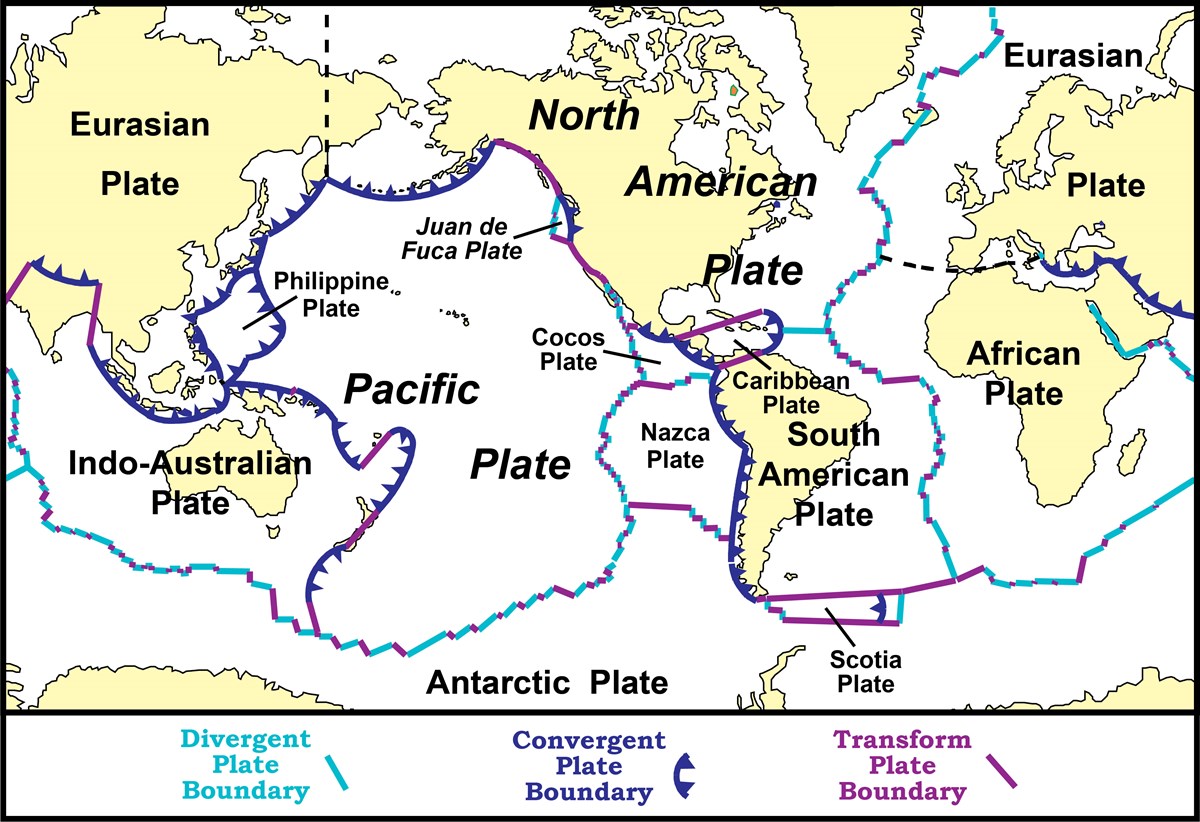 Washington State is impacted by the North American Plate running over the small Juan de Fuca Plate which is subducting below – center, near the top.

Here is the first audio Podcast:

And this morning from Nick’s backyard ~

The next video is a real surprise, found from arriving early to our chat session for this morning’s lecture by Nick on Plate Tectonics from one of the regular “student” viewers, Kathy Williams-Devries from Brisbane in the Australian State of Queensland.

This afternoon I worked on a bunch of in-house chores, but one of them was writing up an interesting story for our agricultural valley that began yesterday when a person from Kittitas, WA found a piece of something that she didn’t know what was. She photographed it and put the question on Facebook. I know her, so I followed the question with a comment. And, I sent an email with her picture to a friend. His answer came back this morning. I had not told him what I told the group were my thoughts. So I’ll start with that. I said maybe it might be related to an old piece of agricultural equipment. If it was used with an old loose hay stacker, the Bull family has a nice one down off the Kittitas Hwy, just on the right before Bull Rd. You could stop there, show it to them, and ask. I took a photo recently and they allowed me to drive into their pasture to get a closer view (my photo is below).
Interestingly, the email answer from my friend, Kenneth Hammond, suggested: It looks to me like the protective tip and end of one tine for a ‘buckrake’ that was attached to a frame used to pick up loose hay. There were many side by side tines, each about 30 to 36 inches long. I believe the first ones were pulled by horses but the ones I saw (some 80 years ago) were on the front of a tractor. The driver slid it under and picked up hay ‘shocks’ and, once loaded, went to the hay stack or barn to place the hay on ‘slings’ that were lifted up with a horse powered cable and trolley setup. My first paid job at $.50 for a 10-hour day was to drive a horse pulling up hay into a barn. I was 9 years old, stayed at that job for 12 days and was paid with 6 silver dollars.
I mentioned that information from Ken to the gal and put my own photo of explanation below. Two other comments after me I didn’t see till this afternoon were from Paul Boguslawski (It is a point off an old hay sweep stacker. I’ve seen many of them – before baling hay was the norm) and Lonny White, (It used to be about 8 ft long had about 10 of them connected to a metal frame. Was used to stack loose hay in a barn).
So, I attached my photo, zoomed in on possible tips, included her pix bottom right and suggested she had found a broken tip from one of the tines.

When discussing this with John this morning, he found an interesting link on the history:

This suggests the implement used to pick up the hay from the field – hay sweep or buck rake – had such things. Perhaps “stackers” had similar iron points. Maybe I can check with the Bull family again. Maybe they have a “hay sweep” too.

Supper tonight: Salad for me; John’s having chili.