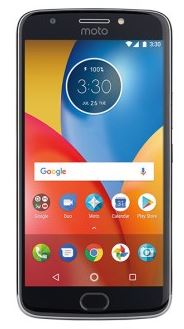 Nancy and I just ordered new phones, the Motorola MOTO E4 Plus, with an Android 7.1 operating system. They arrived via mail on Thursday but we both have been busy. We hope to get them ready for use on Saturday.

This brings us into the very early 21st century. We hope they will be able to connect to a network from here on the Naneum Fan – unlike the ones we now have.
Our car guy says they will work in Nancy’s 2014 Forester. This phone is said to have a very good camera for its price.
The base price is $125, +$10.00 tax, and we also ordered hard glass fronts and a wrap-around case. Add another $13. So almost $150 each.
Nancy’s wrap-around cover is black. Mine is red – so I can better keep track of it. 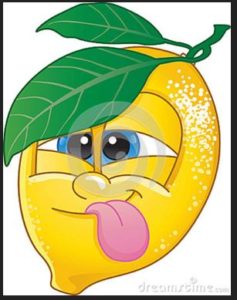 Seems as though there is a lemonade story every week.
This one is from Ballston Spa, New York, named after Rev. Eliphalet Ball, a Congregationalist clergyman. But that’s not all. The village lies on the border of two towns and is partly in the Town of Ballston and partly in the Town of Milton.
The village was famous for its spring used for healing in sanatoriums. The water contains salt and other minerals. Now the town is home to the Saratoga County Fair – just ended. This year’s admission fee was $12, 2 bucks more than our County’s fair that starts in September.
A bit of digression there, but I learned something.**

So back to lemonade:
Brendan Mulvaney, was selling lemonade
. . . when riot police from the NY Health Department showed up.
Okay, no police, just a woman in a T-shirt.

Deep in this story is this:”The youngster was charging 75 cents a cup for pre-mixed lemonade, while fresh-squeezed at the fair was going for about $7. ”

Personally, I would have shut the fair down for price gouging and allowed young Brendan to enlarge his business.

Crew leaders for Washington Trails have to have a first aid class. It is not really enough for what we do and where we go, so many folks get more training: a Wilderness First Aid (2 day) class, or a Wilderness First Responder course, 9 days. In the simple Red Cross first aid class we do learn to call 911, how to do CPR, and use an automated external defibrillator (AED).
Thus this story caught my attention.
This is about Chris Parsons, a street performer – clown type – who was in Saskatoon to have a good time. The big street party is called Fringe Festival.
That story is here: CPR

Twas news to me that “Fringe Festivals” exist at all. But then we are not much into such things.
Some information here: Fringe