About 10 blogs to go for 2021
This week I learned of “bubble and squeak.”
Bubble and squeak is a British dish made from cooked potatoes and cabbage. I’ll pass.
How did I learn that? 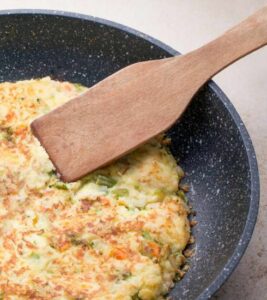 On the evening of 13 February, police were called to David and Penelope Jackson’s house in the small coastal village of Berrow in Somerset.
Penelope had stabbed David, her husband of 24 years three times with a kitchen knife – twice as he was on the phone to police calling for help.
He called her “pathetic” – after a row over serving bubble and squeak with her birthday meal.
As paramedics entered the house she said “with any luck you’ll be too late.”

There must be more to this murderous story.
Photos from the web suggested many chefs add other ingredients, such as colorful veggies and sausage or bacon. Bacon is good! 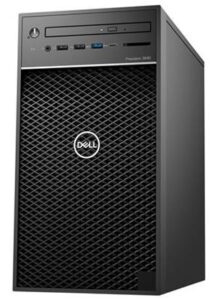 This is a refurbished unit from Dell’s product line sold to businesses a couple of years ago. It is a bigger tower than the last one, but not as big as previous towers I’ve had.
I’m going to name if Squatty Box.

The important thing is that it works. The issue of sites not responding (the problem was on my end, not theirs) is no longer. If it happens now I will replace the router with the latest model; assuming the existing one is failing.
The cause of the issue I had been having was not determined. Because it worked at the computer repair place in EBRG, but not here, they are going to investigate more, clean it up, and resell it – with, I think, a full guarantee to the buyer.
I still have a couple of things to do, such as getting the printer to communicate over the WiFi network, and apply a few more adjustments to internet and software. Much is done but some sites recognize this as a new entity and I have to confirm it is me at home (private) and not out someplace using a public computer.

Thursday afternoon and evening, at White Heron homestead, we had cheese fondue and wine to celebrate the final step in Phyllis leaving the workforce. She officially joined the rest of us seniors. I have a 1 hour 20 minute drive, so I imbibed cautiously.
Two weeks ago Cameron helped me load a glass fronted cabinet here, and we unloaded it there.
Now I have the use of the truck bed again.
So Friday I bought perforated pipe at the CO-OP for the front landscaping, and a piece of pipe to carry water under the drive, in front of the car port. I have some pipe, but it is not intended for an under road culvert. 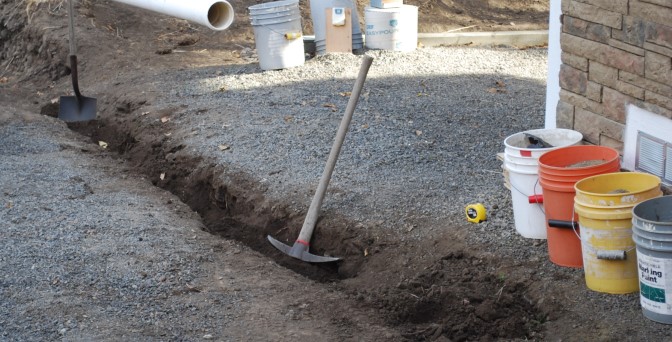 Carport is around the corner (right), driveway is to the left. Photo was a week ago. Ditch is now nearly finished, I’ve more sand (buckets), have a dozen cart loads of gravel stockpiled just to the right of the ditch.
I may finish this part by Monday afternoon. I only work on these muscle tiring projects for about 2 hours at a time. My right hip also complains.

I needed to go to a place in downtown EBRG. What I did not know —
The town merchants sponsor an in-town candy feast.
Adults leading kids in costumes were everywhere. Cars were abundant and blocking intersections. A fellow at the CO-OP told me this was from 3:00 to 6:00. I went to the Vision Clinic near the west interchange, then into town just at 5 minutes to 3:00. Bad mistake!
I guess this is the new normal.

On the radio, a report claimed kids would get an average of 11,000 calories. That would be about 220 bite-size things like Snickers & Butterfingers. Maybe they meant 1,100 or 22 pieces. I was not fully paying attention to the radio at that point.

The temperature was 22°F this morning. I waited until 40° before starting outside work.