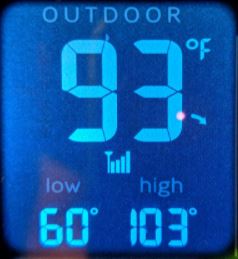 Friday afternoon and the airport temperature sensor went to 103°F. My 2 instruments averaged about 101. A mama deer and her spotted baby have been in the shade of the house most of the afternoon. Now at 6pm the deer are up and getting ready to wander off. We are now reading 93°.

There is new imagery of the Naneum Fan on Google Earth, dated April 17th of this year. Below, on the right, I’ve marked the changes with red letters.

There is more underway, but none of it will show on an overhead view.
Below is a view, taken this week, of the new deck. The entire side of the house is being re-done. A new door is in, a never before way in and out from the bedroom part of the house. Its the white vertical stripe on the far end.
I was hoping the French Doors would get put in Friday, but one of the fellows didn’t have a good morning (something he ate ?) and it really is a 2-person job. By the time Jessie stopped by it was already 80°, so after a short visit he went home (½ mile). 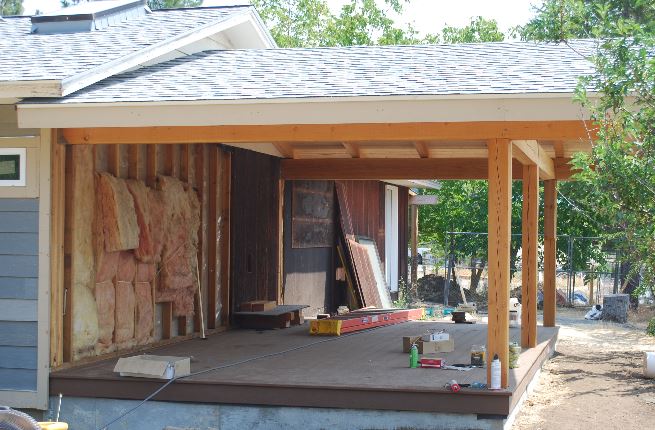 In other news – the cleanup continued this week. The 20 cubic yard dumpster arrived last Friday – – it is another 30 cu.yd. one. The local supply of 20s were all in use, thus the switch.
Most things from the house are gone, so this dumpster is being filled with things previously (March 2020) rushed out of the garage prior to the re-do. There is also much in the big shed that is on the way – to someplace. This stuff has not been touched in years.
Phyllis and Audrey came Tuesday. A Honda Fit load went home with them, mostly destined for Goodwill.
I worked outside Wednesday – morning and the hour before dark. For many days this month the temperature reaches 80° about 11AM, so that’s time to fix lunch. It didn’t cool from the high of 96° back to 80 until quite late. I fed the wild birds and then loaded the remainder of the camper; to be unloaded Thursday morning. The 2 baby deer and mama hung around most of the day.
Cameron, on Thursday, came with a pickup and we filled the back.
I’m expecting 3 or 4 folks Monday and Tuesday. Temperatures are to be 20 degrees less – good! The Shiro (round yellow) plums may be ripe then. 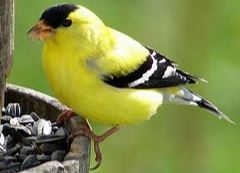 We (Nancy + me) were members of the local chapter of the Audubon group. We didn’t do the birding trips, but we did go to most monthly meetings and an annual summer picnic, August 19th this year. The September meeting will be to “honor those lost this year” via a “humorous” birding presentation previously put together by a member, Jim, that died, and another lady and Nancy will be honored. They have asked for photos from the 3 families. I mention this now because Jim’s family is having a memorial gathering tomorrow morning at a local community center. When it starts at 11am the temperature is expected to be 90°. The A/C will have to work hard in the room if lots of folks show.

From The Naneum Fan
John