At near 4 o’clock the airport temperature is 92°. Southwest Idaho and adjacent Oregon are expecting three days of over 100 degrees. We stay 10 degrees cooler — still hot.

I wrote last week that I got a voting ballot but had not received one with Nancy’s name. The State is efficient in this endeavor. The local court is not on top of such things. Nancy got a summons for jury duty – for several days in September. 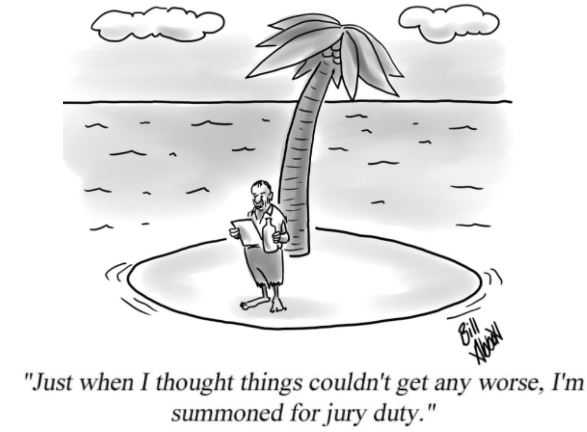 Last week I wrote about WA’s mail-out voting and the fact that Nancy’s name was scrubbed from the list. The photo there was of the box in front of the County Courthouse where locals deposit ballots. Once I had to wait for about 30 seconds because employees were emptying the box. I did not have to get out of the car.

This week I saw a photo from Marietta, GA showing the orderly lines of folks waiting to vote.
Note, they are outside and wearing masks. Since 2005 lines haven’t happened in Washington State – – rain, snow, or sun.
This is proof there are parallel universes.

On the home front there was some action on the deck. The floor (or deck)
is completed and the roof is covered (½ with asphalt shingles; ½ with just a layer of sheeting). A window has been removed and the framing made smaller – waiting for a new one. Meanwhile, a door has shown up – not yet needed. I’ve reconfigured the nearby fencing to clear out the construction space.
The planned fire-break road has been started. This is only worked on when the person has free time from work and family. Completion date is likely in October. 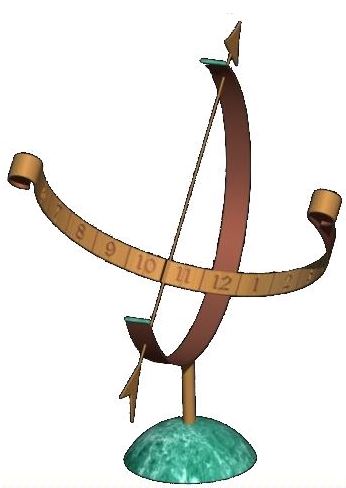 I visited with a welder/sign-maker about fabricating a sundial. My explanatory design is an image from the web, shown here.
These can be made so complex that only specialists can decipher all that they do. Likewise, size and materials vary greatly.
The arrow-like thing is called a gnomon and casts a shadow on the partial ring (with numbers). The gnomon has to be aligned with Earth’s axis, pointing at the north celestial pole (in the Northern Hemisphere). The numbered ring is aligned with Earth’s Equator.
The name for this design is: Equatorial Ring Sundial.
If you search ‘images’ for sundials you can find photos of hundreds.

I got delivery of another 30 cubic yard dumpster on Friday. I ordered a 20 cubic yard one, but they were short, so brought the bigger one. This one won’t get filled as fast as the last one because stuff has to be pulled from the big shed – all unsorted, and the hay shed – partially sorted. It costs about $3.00 per day while it is here, so I hope it will be ready to go by August 13th, if not before.

My iPhone spent last night in a refrigerator. Seems to have done no harm at 37°F. Why?
Friends are at the nearby home of his parents, now deceased. Thursday wife Kathy cooked and I went over there for dinner. Last night they brought pizza and salad here; then I showed them the constructions. We didn’t eat all the pizza, and so I carried the box to the frig with my phone on top, leaving the phone too. I got lucky finding it, but now wonder if it would have gotten a signal in there.
He, Dale, is a wildlife graduate – now retired from WA Fish & Game. We could see deer {including little ones with spots, still} from the time they arrived.
I learned a new word: stot, and stotting – the sometimes bouncing gait of Mule Deer. It is a good day when I learn a new word. See here:

The subject came up because earlier in the day I had disturbed a doe and her young one (in the hay shed) and they wandered off to about 100 feet, and then the little one decided to leave, and did so by stotting. I grew up in Whitetail country, and they don’t do this.

I’ll be traveling from Noon to dusk on Sunday, to a 40th wedding party. I’ve known this couple, since they were dating as teens, also her parents (Brittany folks), and now the children and grandchildren.