Monday brought a 30 cubic yard dumpster to my yard.
Tuesday brought help.
I lost track of all that was going on. Tuesday night I wrote the following and sent the message to the folks that were here:
– – – – –
We’re gonna need a bigger dumpster

Nearing 11:00 o’clock and I am about to cash my chips and head for bed.

My computer acts like there is a parasitic Leprechaun stealing cycles when I type or use the mouse. Useful work is difficult. Then, for awhile all is well. Stuff happens.

Anyway — WOW!
I am stunned by the amount of work that was done today. The dumpster is almost full – 30 cubic yards – despite playing with Minnow, fixing an old stock trailer, trips to EBRG (did you notice nearly everyone was mask-less?), good food, fine wine, and great company. And before y’all arrived electrician Todd spent about 3 hours in the living room cutting holes in the ceiling, installing light canisters, and then cleaning up most of his mess (a fine white dust).
Had I managed to get the old camper totally demolished the dumpster could have been filled with the remaining debris from that ancient structure.
Did I mention I ended up with extra food and 2 cast iron pans?
Within an hour of folks leaving the two inside/outside cats showed up. They must have been watching, and waiting.

Note the trips (s) to EBRG. The old stock trailer was jacked up and the wheels removed. The Les Schwab Center replaced the tires, and then the activity was reversed. Meanwhile, others of us went to the Department of Licensing (DOL) and finalized the truck and car sales. The young members of the Dieguez family continued carting stuff to the dumpster, and Cameron loaded and covered a pickup load for transitioning stuff to new homes in Grant County.
I started to dismantle an old camper for a pickup bed. I soon found one does not dismantle such things. Rather they need to be demolished. I hope to finish this, and get the remains in the dumpster by Sunday evening.
I worked on various outside chores about 2 hours this morning, until Phyllis and Cameron came for a second load. When they left about 10:00, I had had enough of the wind and moved inside. Gusts of over 40 mph makes being outside unpleasant. 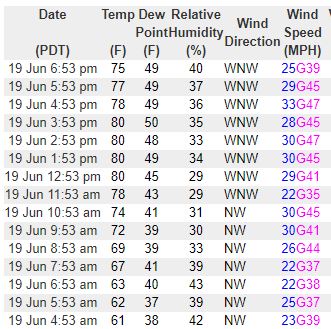 Before dark, I went back out for an hour and busted up more of the camper.
Wednesday was mostly an inside day, but Thursday I did the weekly run to town – 6 stops, including at the Ford dealer to show my “new” truck to my contact there. He reset the time – Alaska to WA – and showed me a few other things. While there I scheduled an oil change & service.
I’d promised one of the remodel crew that he could buy the old Chevy truck. He has a birthday this week and his significant other agreed to pay for it. {I didn’t ask.} They came late Friday afternoon, and now the truck is gone. I still have to go with him next week and sign papers at the DOL.
He has to pay sales tax, and we have to report the mileage on the date of sale. And I sign over all my rights to the vehicle. 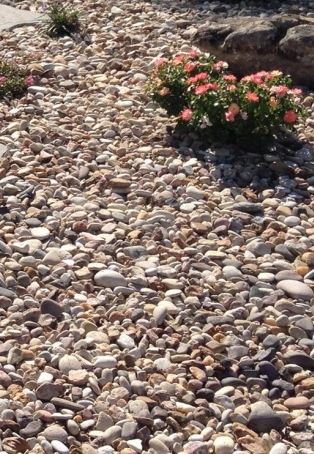 The unused garden has been growing nasty weeds, so I attacked those. I sprayed a week ago, so about half were already dead. Nearer the house I’m slowly working on a ditch and dry-well. Now this is simply digging rocks and dirt out to make a hollow volume where water can drain. Eventually it will be covered with a small-rock landscape, somewhat like that shown here.
I change jobs frequently because I’ve learned long effort using the same muscles is not friendly for old muscles and bones.