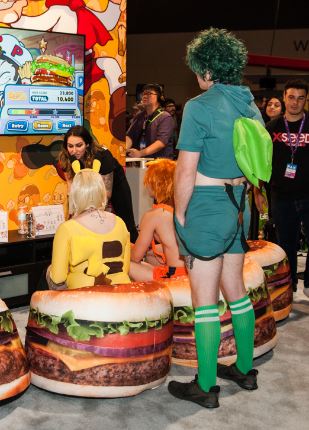 Labor Day weekend in Seattle brings Penny Arcade Expo (PAX West). Tens of thousands of people arrive in strange costumes to the Washington State Convention Center.
I have no idea what this is about but there are many photos here.
Seems to be a convention solely devoted to showcasing new video games. Do you care? 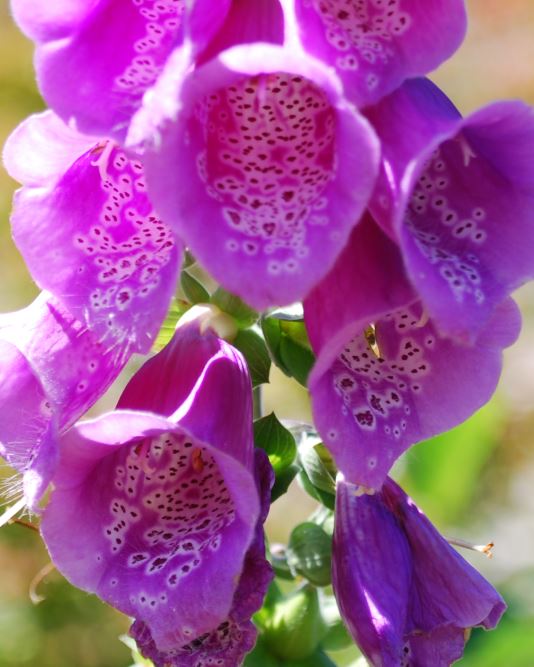 Medical folks and others know this plant as Digitalis purpurea .
There is a small entry here:
Link

These do not grown in our dry and winter-cold environment, but west of the Cascade Crest they are found in abundance. I took the photo on Monday of this week at an elevation of about 4,000 feet. Do a search using the ‘images’ tag and you will see this pink color is common, but there are many others, including white. Thus, while very pretty, it can be very deadly to people and animals. 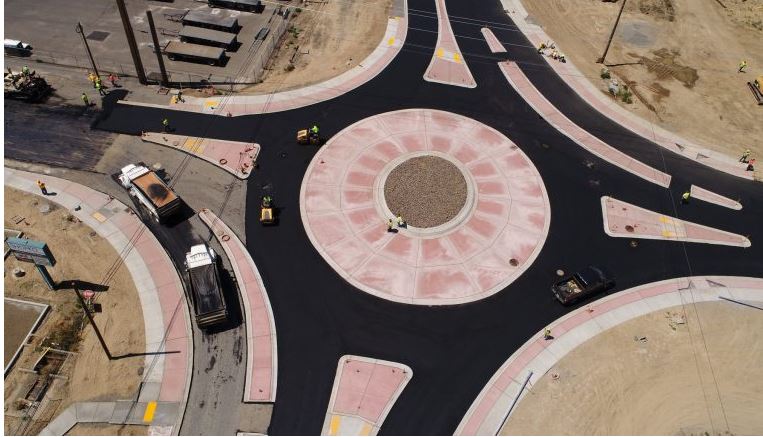 Quincy (town on our way to the White Heron Winery) has grown, and through-town traffic has increased greatly in the last 30 years. For traffic flow improvement, they built a round-a-bout. It seems to be made of pink concrete. Photo is a few days before it opened.

Thus, while very pretty, it can be very confusing to people and animals.
Here is a link that shows how complicated such things can get.
Magic roundabout

If you can see the URL link to this, note the spelling of circle as “cirlce.”

This story involves a metal detector and a place called “Chew Valley.”
A few years ago I borrowed a detector to look for metal posts that might, or might not, be along a boundary of our property. Turns out none were there. What I did find were a few metal pieces that had been thrown into, or knocked off of cars and trucks when such missed the turn and bounced into the ditch.
The side story of that search was that I could get a surveyor to locate the points I wanted, but one of them would have been a corner marker involving the County, a neighbor, and us. The county requires a surveyor to “register” such a point – and the landowner is charged a $600 fee for the privilege.
I figure the County should pay the landowner. So no go there.

Wikipedia describes the Norman conquest thusly: “… the 11th-century invasion and occupation of England by an army of Norman, Breton, Flemish, and French soldiers led by the Duke of Normandy, later styled William the Conqueror. ”

If you are interested in old coins, reportedly worth up to £5m, about $6 million dollars, the story is: Norman coins