The theme this week is “Before & After”. 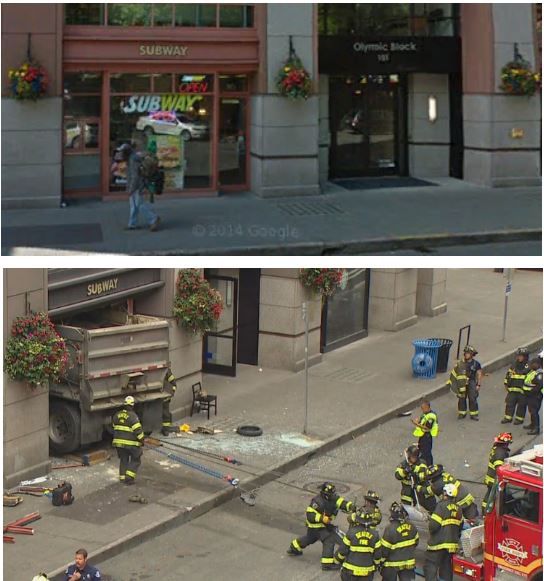 Pioneer Square in Seattle is a fun place.
{Sorry about those injured; none real seriously; maybe one}
Careening truck down James Street

I found this item a few days ago. Now it appears on many sites. Every place on the web is searching for items that will bring attention. Interesting! 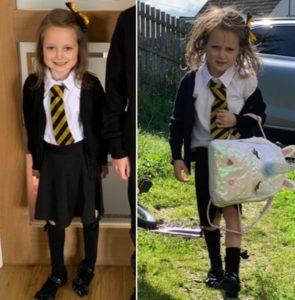 Last week I heard from my sister about the animals in her neighborhood. Now comes this not so shaggy dog story from 25 miles away from her.
Spunk stuck under grate

Apparently the wide spacing of a storm water grate was enough to allow the small dog to slip through. There must be a second finer-mesh grate in the buried box. Not enough information provided in these short Facebook postings. Found more info here: Who is the doggy?

The small town (under 400 folks) of Maple Falls, WA looks like it did when carved out of the forest in 1888. Nevertheless Ariana Grande {I had to search her up} must have passed through and engaged a local man in serious conversation.
The Russians were involved

The man was cutting power lines and disabling meters to prevent Russian KGB agents from poisoning the U.S. with nuclear toxins that were being transferred from the power lines.
Say what?
Not only that, but he said Ariana Grande told him to do this.

I wrote the next piece after hiking and working on a trail. 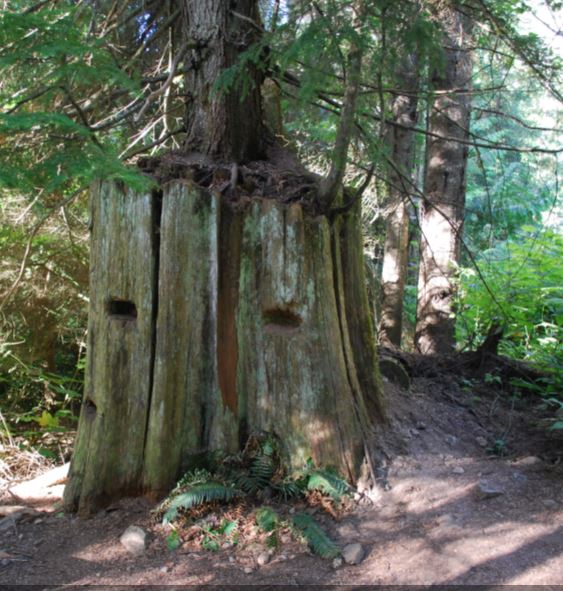 The photo shows a tree on a tree. The notches in the old tree were for “spring boards.”
Here is a 6 minute video from 2010. Brad Attfield uses “spring boards” (poles) to be able to cut above the “problems” of the tree trunk close to ground-level.

I have a saw and an axe, but you won’t see a video of me doing what Brad does in that video.

My picture shows a stump that appears to be buried more than it was when it was cut. I’m on the Denny Creek Trail, and such trails spill soil off to the sides, both naturally and when trail repair is necessary.

Historically, as the USA was developing, folks looking for minerals usually followed the explorers and trappers into mountainous regions.
The natives roamed these mountains too. Trails lace the mountains.

Old photos (interspersed with ads) are in a Seattle newspaper file. Photo #44 shows notches cut with an axe for springboards. A crosscut saw is leaning against the tree on the left side. Interesting photos.
historic logging

Below are before and after photos of one of the things we did on Sunday. The red circle is centered on the corner of a large flat rock in two of the photos.

The Green Hat is using the mattock (link) end of a tool called a ‘pick-mattock’ to uncover a root so it can be cut. The view is looking up-hill so small kiddies and doggies might have to be lifted at this spot. Coming down, that’s a big drop for most hikers. Many people complain of sore knees and hips. Some use hiking-poles to ease these very numerous transitions.
Our plan is to get rid of such things.
Exactly how is up to the person in charge –in this case me. Our crew leader, LeeAnne, pointed to it and said “fix it.” I said, come back in half an hour and I’ll explain my vision (my initial plan).

I felt a ramp was the best concept – there are too many steps on the trail already. There were lots of rocks around, so finding what we needed would not be a problem.
Nearby, hanging into the side of the bank, was just the rock we needed for the ‘vision.’ My guess for its weight was the lowest — 400 pounds. Others guessed higher, lots higher.
My crew measured it, and dug a hole where we intended it to go. Meanwhile, I cut 2 long poles to insert into the handles of a rock net. I also talked to a fellow Orange Hat. We would need his crew to help carry. We used 8 folks. 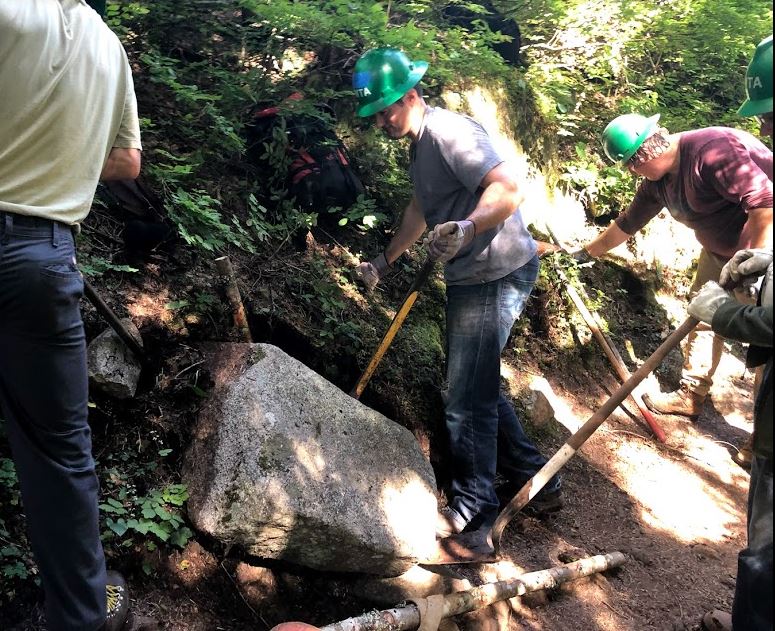 Note at the lower edge of the photo a pole and straps.
The next photo shows the finished ramp. 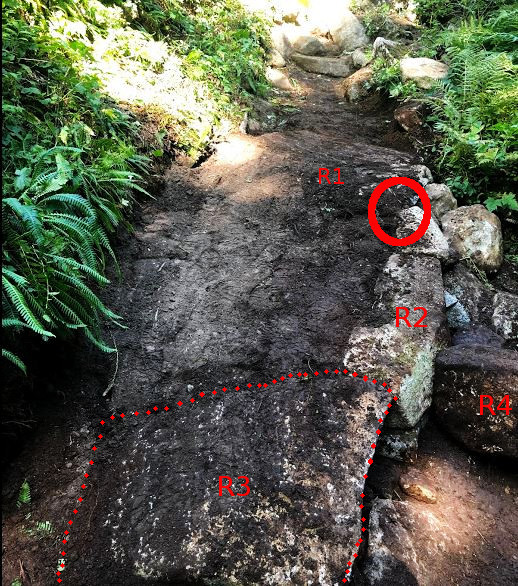 R1 is the rock in the first photo. We made it more horizontal, but otherwise did not move it. R2 is the largest rock in our sidewall. R3 is outlined with red dots. That is the one that was carried (about 30 feet). It is slightly tilted up to meet R2. R4 is a buttress rock, with a few others later added to hold things together.
Below is a close view of the transition from the horizontal trail to the rock ramp. Even the little Yorkshire Terrier coming up the trail had an easy time completing this new section.