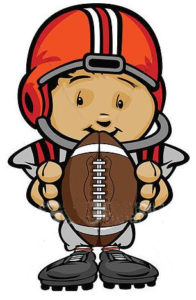 Coupeville is a small community, on an island in Puget Sound. In a straight line it is 40 miles north of Seattle, and 130 miles from us on the Naneum Fan. Of course we could not get there in a straight line. MapQuest suggest a ferry ride to shorten the distance to 157 miles and 3 ½ hours. Round trip fare for 2 and a car is $18.30. Alternatively, we could drive an extra 75 miles and go over Washington’s famous Deception Pass Bridge.
Link: two, two-lane bridges

But never mind all that, we’re not going.
The action in Coupeville is over for the year. The football game was between the local “Wolves” and the “Knights” of Kings High School from down near Seattle (actually, Shoreline). Despite the spectacular run of the Wolves’ Sean Toomey-Stout, shown in the link below, the Knights won 20 to 14.

Link to deer/football story
In case you missed it, it wasn’t Sean that made the full length of the field, and then some. 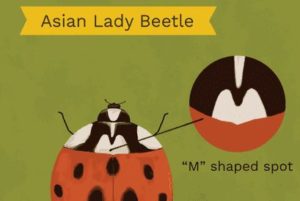 In summer of 1974 we moved to Idaho and soon learned of “The White Pine Drive”; now called the White Pine Scenic Loop. There is a slightly more northern section called White Pine Scenic Byway.
As the winter’s snow melted in spring of 1975 off we went.
We were headed to see a 600 year old White Pine [ It died in 1998 ]. See the last photo on that page.

Snow was still on the ground, but stumps of long dead trees were about and the sunlight warmed those and they and the ground nearby were snow free. Covering some of these were thousands of Ladybird Beetles. There are many such photos on the web.
So, this headline caught my attention:
Harlequin ladybirds swarm into homes after hot summer.
This story is from England and about the Asian type of beetle. I then learned that the first established population in the USA was observed in the wild near New Orleans, Louisiana, in about 1988. So not the ones we found in 1975.
The natives we observed are called Hippodamia convergens and Convergent Lady Beetles in local talk. See: Lady Beetle
Compare the drawing on the page to the one at the beginning of this section. The common native Lady Beetle does not have an ‘M’.
It is a good day when I learn something new! 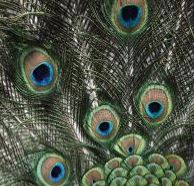 We need to go aways for this story.
Uluru , a large red sandstone formation (also called Ayers Rock), is sacred to the aboriginal people of central Australia. Saying one came from Uluru sounds odd today. However, many years ago there was unstructured and unmonitored tourism, including motels. This was having detrimental effects on the environment. Non-native activities and folks were moved to a new place, Yulara, about 9 miles to the northwest. 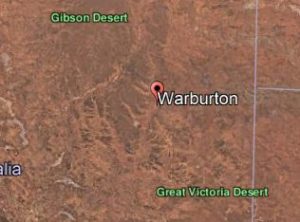 Regardless, Uluru is part of this story and it is almost 300 miles from the watering hole of Warburton.
Questions to ask: Where was the man before he was in Uluru?
Where did his passengers come from?
How did he travel (many years ago) across a desert with a pair of Pea Fowl in this vehicle? Not my idea of a good time.
Story here: Peacocks in AU desert 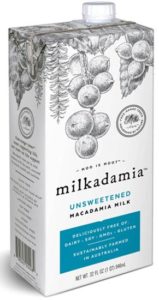 Local gardens experienced a frost this week that finished the season. We had Butternut squash that had a bit of cold 2 weeks ago but more than half of the leaves were still intact. Tuesday evening/Wed-morning the garden likely got down to 27°F. Our outside temperature reading is from under the front overhang. There it went to 30°F.
I was gone both Tues. & Wed. and only got to the garden late afternoon on Wednesday. Only a couple of the squash showed damage. I brought them all up to the house in a cart. The two largest weighed 17 pounds. Many were in the 5-8 pound range. Nancy’s report from last week had a photo.
My guesstimate is a total of about 200 pounds. We carried 5 (about 30 pounds) to the Kittitas Pantry and they urged us to take some things. Most we refused, but a few things we had not seen before went into a box. Macadamia nut-infused water, called “milkadamia” [say what?] was new, and then we saw (not new) a nice section of a multi-layered chocolate cake. They gave us that too. We had to wait our turn with the regular clients, so I helped carry boxes and bags to a few cars, and open the door for others. All in all, a very interesting experience. Recommended.
Back to the Butternuts – we still need to give away a hundred or so pounds. I baked a 5 pounder tonight – now need to bag and freeze what we did not eat.
I hope we don’t overdose on squash.