Thursday and into Friday morning we got about 5 inches of snow. Eight miles south and 700 feet lower there was just an inch. I got to the grocery store down there and parking lots and sidewalks were wet, but snow free. Same up at the University on the north end. About 10 AM, I broomed off snow where I knew I wanted to walk and that was snow free when I returned about 3. Otherwise everything is snow covered. Saturday and Sunday will be mostly sunny and about 40 degrees. NWS thinks we will get into December without more snow.

This time of year I frequently look at the DOT road cameras. The pages were recently redesigned and one of the map icons for a camera was wrongly placed. I sent an email, and got a response asking for a better description. I prepared the small map on the left, below. The green markers have camera icons (white) on them. The black line through one shows the miss-placed camera. It is a mile too far west.
On the right is a Google Earth image. The Pass Summit (4,080 ft) with a ski area, parking, and accommodations is at the upper right corner. The highway comes down steeply from there along the side hill of the Tye River Canyon.
Someone missed a digit and the icon ended up where the red star is on the very steep south-facing slope. I suggested, using the blue line with a small red star near its end, where it should go. It was fixed a short time later, maybe within ½ hour.

I’ve been in contact with Vanguard Group (funds) and Lawyer Ann. We are making progress, and maybe, before year’s end these official things will get signed and filed. Also, I had another visit with the CWU Foundation. Language is still in flux, but we are also going to talk to a few VIPs. Friday I had lunch (& pecan pie) with the group of office workers that Nancy has been partner to for years. I showed the 10 life sequence photos I had gathered for the Audubon group. This is one of the many Ruth Harrington scholarship groups, so we talked Nancy-scholarships. Seemed fitting.

I mentioned last week that the fellow with the excavator – bucket and small blade – would be coming Thursday. He did and we got about 40 feet of drain pipe laid and buried. He also moved three truck loads of rock and dirt from a pile near the front of the house. That went to the fire-wise ring road. With 5 inches of new snow (melting) today he only smoothed those piles out, but nothing else was accomplished. He was gone when I got home, as was the equipment. I’m thinking, he might not return again this year. Sad.

Yesterday afternoon I was up where the driveway meets Naneum Road.
A black car came along slowly and the driver wanted to know if I was waiting for a DoorDash delivery. Her map “app” showed my driveway as Heron Farm Lane. I assured her there was no such road anywhere near. She was looking for Cindy somebody; no phone number. I assured her there were no Cindys and no “Lanes” near the end of my driveway, nor near on the Naneum Fan.
She went up the road. A few minutes later I saw a car up there and thought it was the postal delivery. I didn’t go up and didn’t get there until about 4:00 this afternoon – Friday.
On the ground under my mail box was a Safeway bag (snow covered) with 3 Roma Tomatoes and 2 Avocados. She believed her map “app” and not her eyes and ears.
She was looking for a Lane, so I got on the County’s web site and searched for all roads with Lane as part of the name. That’s possible because of the rural nature of this area. I found Heron Farm Lane about 11 miles south – 15 to 18 minutes driving time. Cindy didn’t get her food. A man at Safeway said it was an independent DoorDash driver and he was, more or less, clueless. He would tell the manager. Walter came this morning with a load of Versaetta Stone siding.

After unloading that, I gave him the bag of food. Case closed. 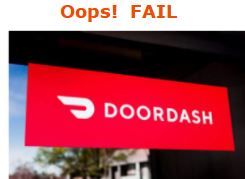 Freezing.
On the Naneum Fan
John