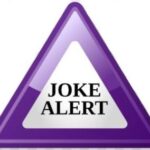 – Some person thought that Panic2020 has turned us into dogs.
We roam the house looking for food. We get really excited about car rides and walks.
– Another person declined to tell a Covid-19 joke. He said, I don’t think you will get it.
– If you are quarantined, only inside jokes are allowed.
– Nancy taped a world map to the wall and then gave me a dart and said, “Throw this and wherever it lands—that’s where we’ll go when this pandemic ends.”
Turns out, we’re spending a week behind the couch.
– Ran out of toilet paper and started using lettuce leaves. Today was just the tip of the iceberg, tomorrow romaines to be seen.
– After years of wanting to thoroughly clean our house but lacking the time, this year we discovered that wasn’t the reason.
– The best way to avoid touching your face? A glass of wine in each hand.
– After months at home, a friend wrote: The dog is looking at me like, “See? This is why I chew the furniture!”

I was wondering about the height of a car tire from road surface to the rim – that, of course is variable so I visited several sites looking at various types and sizes. Since then the crazy internet has been pushing ads as though I wanted to spend a fortune on tires I don’t need.
Today I used the search term “black hole” because I was interested in a formal definition to compare with the photo at the bottom of this page. Here is a screen grab of what DuckDuckGo served up:

With all the hype about Artificial Intelligence – are these folks paying for this nonsense? 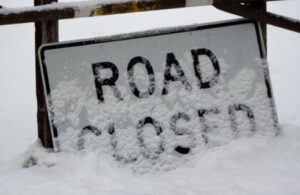 There are just 4 roads with mountain passes that one can use to go from Eastern Washington to Western Washington. Two of these are closed for months because of snow. Very rarely one or both of these can be kept open. This is well known, and the closures are marked, and with much more visible signs than the one here.
In 1976, Chinook Pass did not close because of lack of snow. That’s 44 years ago. In 2020 it was closed by November 12th.
Some photos:

The Hidden highway; Trail Bridge over the road; What signs?

I’m thinking he was drunk

This isn’t an original idea from me, but I did put this combo-image together for the change from 2020 to 2021.
The question, seems to me, is whether or not the situation continues on a down hill path or might we climb out of the chaos of 2020? Either case looks like a long and winding road. 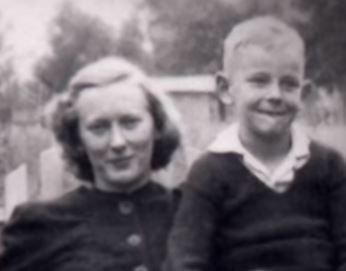 I was watching a video from a Canadian source about Gordon Lightfoot, 82 this past November.
We are a bit fuzzy on this, but I believe we went to a concert at the University of Iowa (about 1970 or ’71) where he and two other folks each did about 40 minutes of songs. This was inside where basketball was than played, and marijuana smoke filled the stands.
I only remember that he started a song, played just a few chords, and stopped. He said he was in the wrong key or tempo or something and started again.
He looks to be about age 6 in the photo. So that makes it about 1944 – the year I was born. The odd thing is that the woman, his mother, has the same hairdo {where does that word come from} and overall looks just like my sister. Enough like that I backed the video up and captured the image.
Someplace we have a picture that my dad took, and I would like to compare the two, but that would take a herculean search and hardly worth the effort. Besides, my sister agrees she and Gordon’s mother look alike.

Nothing escapes a Black Hole.
Here is a picture of one near a dinner table.