A storm – to reach us about 11:00 tonight – has come ashore on Washington’s coast; the northwestern tip thereof called Cape Flattery. This is the north-western-most point of the contiguous United States. ***

From Wikipedia: “Cape Flattery is the oldest permanently named feature in Washington state, being described and named by James Cook on March 22, 1778. Cook wrote: “… there appeared to be a small opening which flattered us with the hopes of finding an harbour … On this account I called the point of land to the north of it Cape Flattery.”
It is nicer on a clear and calm day.
_ _ _ _
***In the phrase “north-western-most”, the key word is “north”, because there is a small place a bit more to the west, called Cape Alava.
See: Land, but not much

I did not plant Walla Walla Onions this year – they do not keep as well as those types I did plant. Still, Walla Walla is a Washington town, and the onions are well known. Thus, I clicked on the story.
The photo here appeared on Facebook for a time, and was removed;
The company wrote: “So we just got notified by Facebook that the photo used for our Walla Walla Onion seed is ‘Overtly Sexual’ and therefore cannot be advertised to be sold on their platform… Can you see it?”
Story here: Onions are roundish 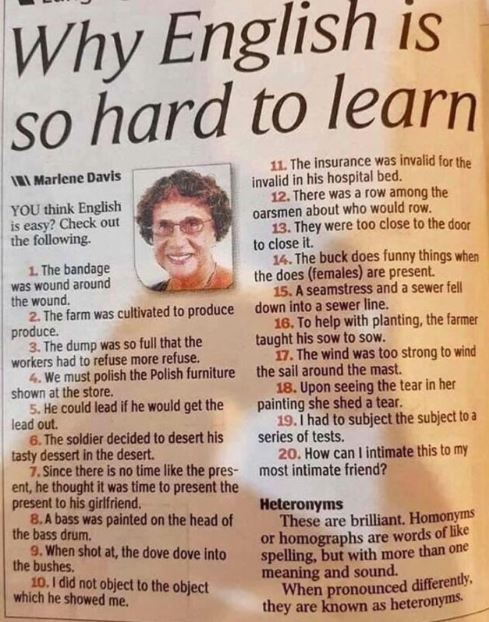 The past, the present, and the future walked into a bar. It was tense.

Our booklet with information about the State and National elections arrived today. Ballots are to be mailed next Friday. We have a mail process in Washington. Most other states haven’t figured out how to do this. The latest glitch was in Ohio. Story here: 50,000 oops

When we arrived in Washington State the neighborhood voting was in a church. That changed, and we went to an elementary school. People we knew were there to direct the process and check us in the list of eligible voters. We usually knew each other by first names. Nine years ago that changed. One neighbor was miffed because the folks got $100 (I think) for serving at the polling place.
After voting, we got a sticker to put on our shoulder – see image – and then by walking around town or shopping, others would know you had done your civic duty. How quaint.

The virus, now known as the severe acute respiratory syndrome coronavirus 2 (SARS-CoV-2), and the disease it causes is called coronavirus disease 2019 (COVID-19) have – along with much else – generated some funny things. Below is an old photo (1950-ish) with a modern caption. 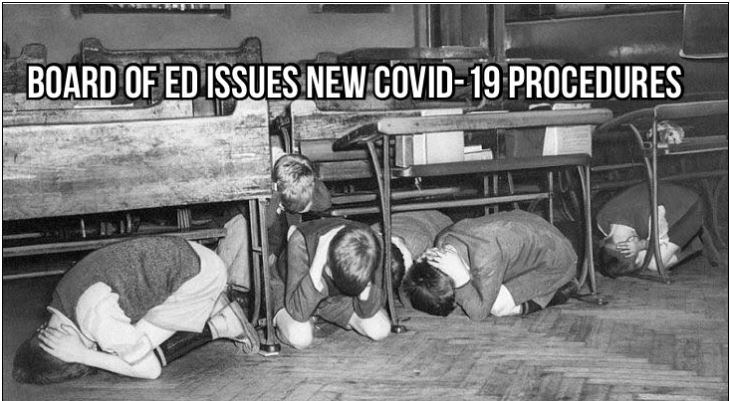 I think that is me on the very right side. I started school before I was 6, and I was scrawny.
Do a search with the images tab for ‘covid-19 cartoons’ if you have some time to waste. My thought is that most are not done very well, nor are they funny – if that was the intent.