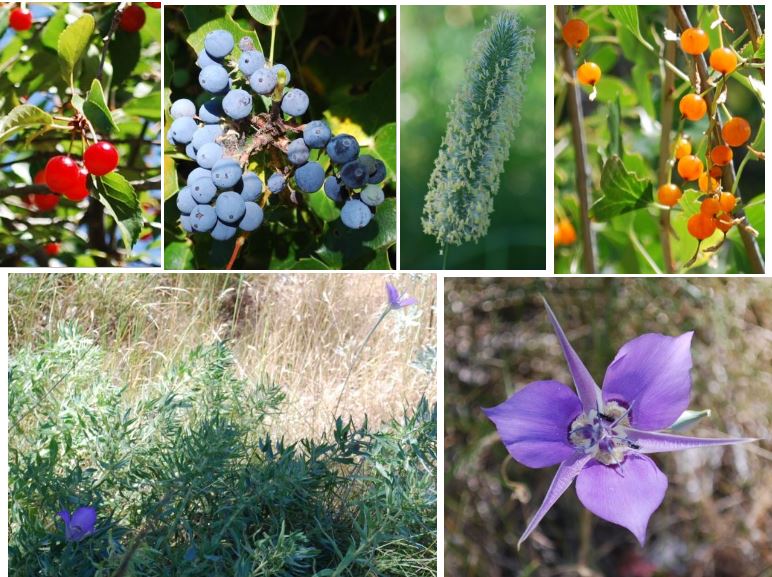 I usually see the lilies blossom on July 4th. Might have been the 12th this year, but I did not see one until the 14th.
The Green-banded Mariposa Lily is a flower of arid western lands. The 2nd photo at this link ( Biology Department at Gresham High School ) shows the green bands on the outside that my photo does not show.

Cherries: on May 1st & 2nd we had frosts that destroyed the flowers of cherry and plum trees, and most of the newly leafed-out walnut trees. Only the sour cherry has fruit. 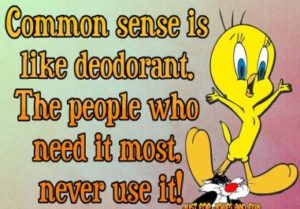 Let me be sure: Is this it? You’re telling me that my chance of surviving all this virus thing is directly linked to the “Common Sense” of others?

While there are many stories on the web about the dumb things folks do, not all are true. However, don’t dismiss any of them just because they sound really really dumb.
For example, an article says: “People have been buying more canned tuna during the economic downturn, in part because it’s a cheap protein [WSJ July 15]. My thought is that it is easy to store, prepare, and eat – for people that do not have the habit (knowledge) of cooking. The article states: … costing as little as $1 for a 5-ounce can.” Seems high, but that calculates to $3.20 per pound. Chicken and pork are much cheaper, and ground beef is sometimes less. All such require intelligent actions by the purchaser. A good tuna-melt sandwich, recently shared at a friend’s place, does too.
Case closed.

Cleaning up, I found a Washington Trails Association magazine from 2003. Why did I save it? Because of a Sept. 27 to Oct. 4 “vacation.”
Turns out my first activity with WTA was a week long work trip that I almost missed. As a horse rider, my notion of a trailhead included space for pickups pulling horse trailers, so I went to the wrong meeting place. Not so for those just carrying backpacks. Got it figured out, but about died carrying too much stuff up a tough mountain trail.
The activity involved replacing a wood walkway over a wet area; the structure is called a puncheon, based on the idea of splitting a short log to get a flat surface. Not much done that way in recent times. We used 2x4s on edge. 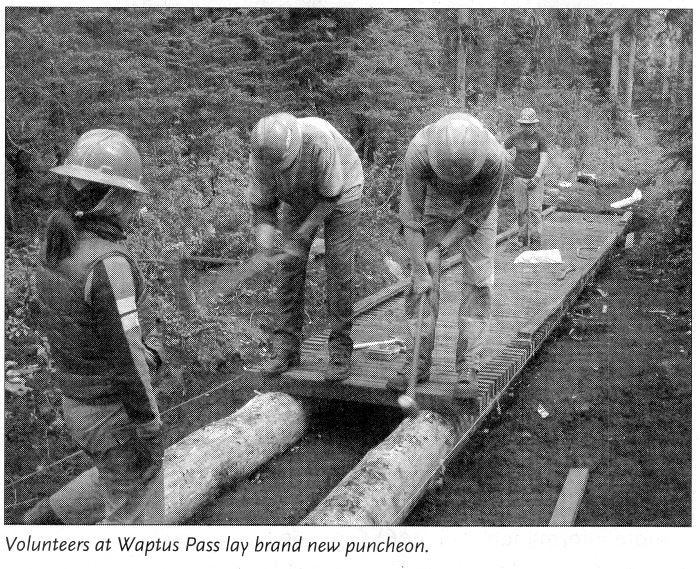 In the photo, I’m the left one of the two swinging sledge hammers.
We nailed 4 of the treated boards together 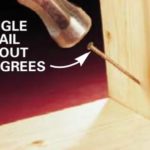 and then angled large nails through and into the logs, called stringers. The action is called toe-nailing or toeing. The stringers are held up, out of the wet, by resting them on sills buried across the trail.
Because the 2×4 decking is “on edge”, the puncheon is strong enough to support horses.
I quit doing week-long trips, and nothing for about 2 years, when Nancy was ill. With Panic2020 disrupting WTA’s doings, and our own remodeling – I’m the landscaper – I don’t expect to do any WTA trips this year.

I fail to fully understand this photo:
A driveway crew was pouring concrete at a new house next to a duck pond. They went to lunch. Ducks came and investigated. Sounds okay, but . . .
It isn’t customary to leave a concrete pour unfinished. It does not appear to have a grid of reinforcing steel (rebar). The missing material and taper seems odd. The leveling board (screed) appears abandoned on the new concrete. Other than that …!

My interest was drawn to this photo because we just poured a footer and support wall just out from my window seat at the computer. About 2 hours after everyone was gone, I heard a noise and looked out. One of our resident deer was under the alcove and leaning out inspecting the new concrete. The noise was her stepping on a temporary wood approach to our door.
My guess is that she smelled the Calcium Oxide, but maybe she sensed the heat coming from the curing concrete.
In a week or two we will have concrete poured for the covered walkway and on the alcove where the deer stood. The surface will be 4 feet wide and about 20 feet long, plus another 9 feet under the alcove.
I don’t want deer, duck, cat, dog, or any other tracks.
A fence seems advisable.

This photo has appeared in numerous news outlets; credit to Nati Harnik and the Associated Press (AP). Do the chair legs need reinforcing rods? 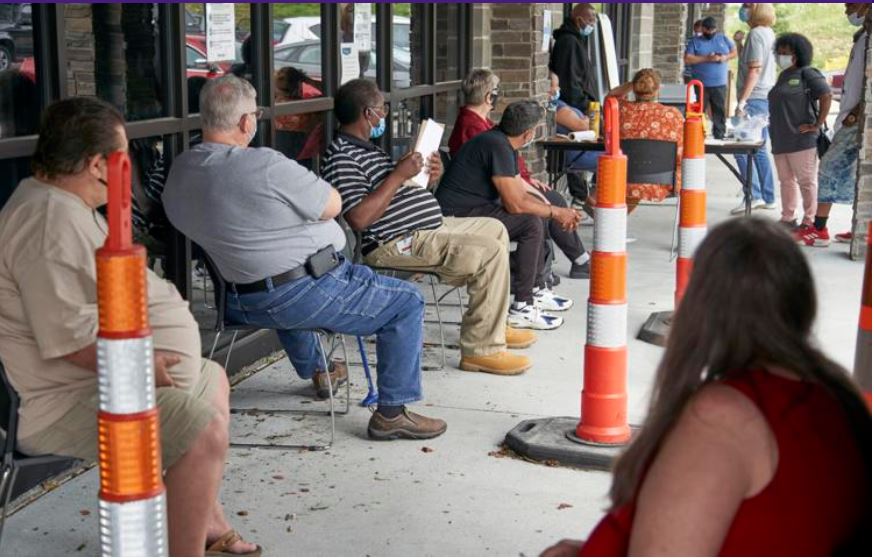 The headline for this story is:
Number of laid-off workers seeking jobless aid stuck at 1.3M