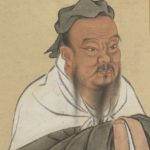 “Not every quote you read on the internet attributed to me is true.” Confucius

Did you know not to place a lot of faith in the tallies of cases and deaths reported during Panic2020?
In Washington State “health officials have identified 3,000 deaths dating back to Jan. 1 that involved symptoms like pneumonia or acute respiratory syndrome, which are commonly associated with COVID-19, said Katie Hutchinson, health statistics manager.”
Katie H. added “They’ve also identified about 100 deaths that are not linked to a positive case, but “we can’t rule them in or out,” Hutchinson said. About five cases involved COVID-positive people whose deaths involved gunshot wounds**, she said.”

“It’s going to be extremely hard to figure out if any of these [3,000] were COVID-related …” Hutchinson said.

(*naked and often moist skin on the nose-tip of mammals such as deer, horses, and dogs) 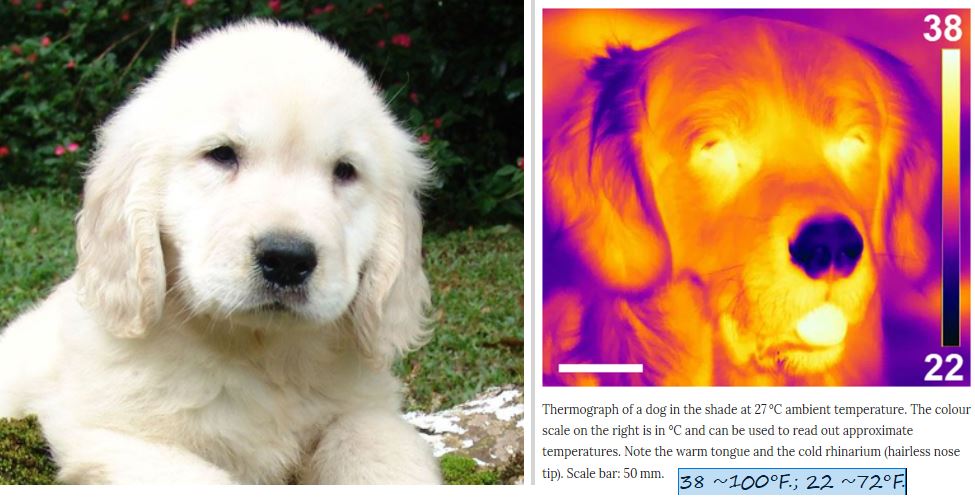 Two links about this issue:
More technically difficult
Easier for average brains = me
Put your hand on a dog’s belly and it will feel warm. Touch the nose and it will feel cool and moist. [Asleep, the dogs nose will warm, then cool again after it has been awake about 10-15 minutes.]
A dog can sense a warm object from 5 feet away. Say you have a 4 inch object (mouse ?) with body temperature and an exact replica at room temperature. The dog can tell there is a warm object nearby. You, Good Golly Miss Molly*, will have to touch them to tell the difference.
Ain’t that neat?

Item #3: Holy Hail!
On Thursday there was a 45 minute hail fall in Belfair, WA. Right, I’d no idea where Belfair is either, but it is just 115 miles west of us.

The hail was pea size, and if the photo is a good indication there was not much damage. It has been reported that the young folks thought it was neat, and tried to sled. A report on how that worked would be interesting. I’ll guess not too well. 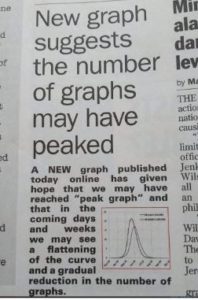 Back on May 8th I posted an item about “peak graphs.”

This week, out of Nancy’s Great Peach State, there is this news item about a now missing graph:
“Upon first glance, the bars, which were color-coded to represent each county, show a steady downward slope. But local GPB News radio reporter Stephen Fowler pointed out a “couple big things wrong/not readable” on the graph, including that the dates on the X-axis were not listed in chronological order and the counties weren’t displayed in the same position each day.”

Surprise! They took the graph down.
The image of the peach is from the site of a writer from Savannah. Kenda Williams
The site appears to have started in 2009 and the peach one is from July 2011 – – near the last of her posts. A local EBRG restaurant uses the old fruit crates as decoration. You and see all sorts using an ‘images’ search and a string of words, such as “vintage fruit boxes peaches apples”. Added because we need a few bright spots in our cool and windy week. 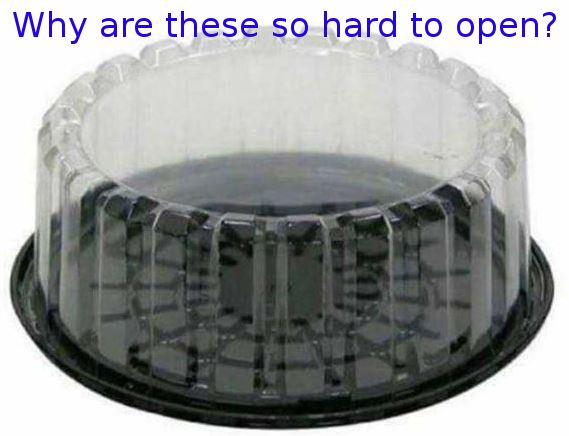