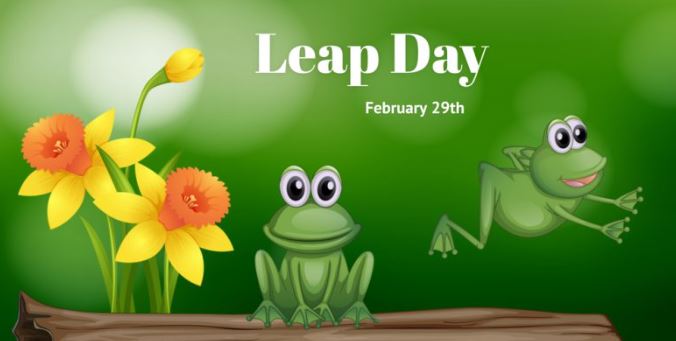 Image is attributed to here: holidayscalendar . com/event/leap-day,
but does not seem to be on the page — just text about the day.
Along about Tuesday of this week, our Daffodils poked through the cold soil. Still cold at night and snow, low probability, is in the forecast.

One aspect of rural living is that you have to have a means of heating your home and, maybe, using gas appliances. Our nearest neighbor has a tank that looks like the one in the photo, except hers is surrounded by shrubs and trees. Not so everyone.
I was reading an article about a house that used propane and the owners had painted their tank to look like a yellow submarine.
There are many dozens of photos on line. I searched with this string of words: colorful paintings propane tanks
Three are combined here:

Watermelon, mama raccoon {on top} & 3 inside, and a butterfly 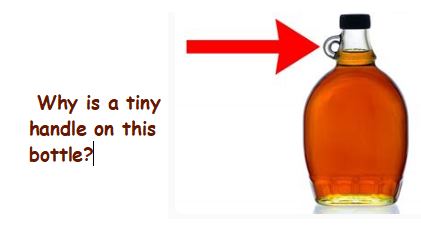 leads me to suspect something else is at play – what that is I have no idea.”

I hope Capt. Ron Mead of the Washington State Patrol will let us know the rest of this story. Redmond is 10 miles northeast of Seattle.

We do not watch MSNBC but a few people do. It was noted that with a story about a record high temperature on the Antarctic Peninsula that extends northward toward South America, the TV person interviewed someone named Kendra. When she stated this event was “not great for the animals that live in Antarctica”, MSNBC flashed a photo of Polar Bears. 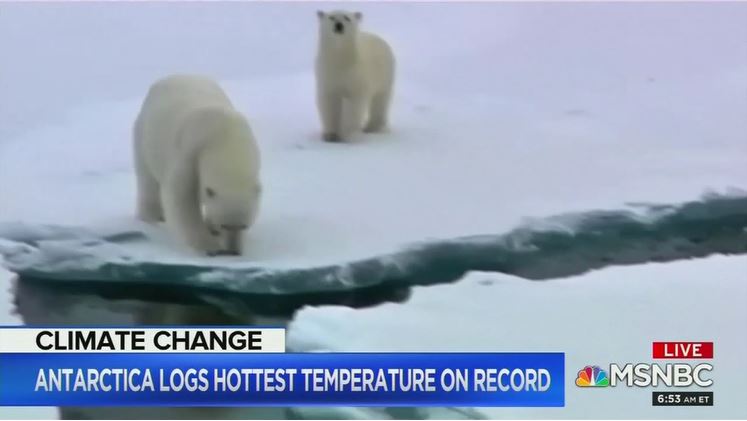 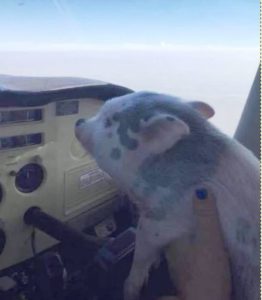 Polar Bears are great swimmers so just maybe that pair was on vacation.
{ A hat tip to Jim Steele, Director emeritus of San Francisco State’s Sierra Nevada Field Campus.}
Jim writes that the temperature was the result of a down-slope wind (like a Chinook), and the temperature dropped again. Naming and explanation, also föhn