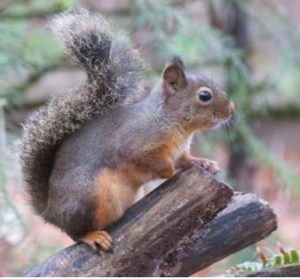 I’ve carted many Black Walnuts a respectable distance from the house, to a spot near numerous large trees. The little squirrels can have a feast.
After strong wind a few days ago most, but not all the nuts and leaves were gone from the trees. The image below reminded me of a short story by a writer that liked surprise endings. Here is the last bit from the story I thought of:
“ . . . it’s Behrman’s masterpiece – he painted it there the night that the last leaf fell.”

The Last Leaf, by O. Henry

The author is listed as ‘ O. Henry ‘ – not his birth name, and just one of several used with the stories he wrote. The Wikipedia entry for him is interesting.

Years ago I brought a well used long handled sledge hammer. This is the sort of tool used for busting rock, not the type for driving railroad spikes. Those are usually called spike mauls.
Video review of spike mauls

The handle on the tool was ancient, cracked, and wired round-n-round to hold it together. So it has been pretty much useless for the 10 years I’ve had it. I do have another sledge, so heavy it was designed for someone twice my size. Anyway, I bought a new handle.

I was born and raised in the forest of Western Pennsylvania. Every fall we would gather Hickory nuts – leaving most for the squirrels. Tools with Hickory handles were common.
But why?, you might ask. I did.

At this link there is a table with North American and world woods showing specific gravity, compressive strength, bending strength, stiffness, and hardness. Wood Strength

If you are not “in” to looking at tables, here is a summary from Know Your Woods, a 1959 book by Albert Constantine, Jr.:
“Some woods are stronger than hickory and others are harder, but the combination of characteristics such as strength, toughness, hardness and stiffness possessed by hickory has not been found to the same degree in any commercial wood.”
Elsewhere the phrase “exceptional shock resistance” is used.
I have to shave it down a little to fit it onto the head. And that’s sad news, but expected.

Neighbors went to the hills for Elk hunting. Daughter-in-law met me while searching for a misplaced pony. After stirring up the neighborhood, all is well as the critter found its way home. Today, I saw a small dog (red collar) near our house. Would not come to me. So I was encouraging it to go home by following it at a distance. It did go somewhere but I lost track.
During that exercise I noticed a large tree had strayed from a neighbor’s property.
On its way to the ground (directed by the unusual East Wind) it encountered a four-strand barbed wire fence. This was an issue because the spot was where I have cleared brush and tangled vines so the young deer can have a passage through the neighborhood.
I cut the wires, pulled the tree out with a 4×4 truck, and rebuilt the fence. A bit more to do there.
All is well.

Wednesday morning I had two teeth (side-by-side) prepared for porcelain crowns. The grinding, molding, and plastic restoration for the two bad guys took 2 hours. Being side-by-side allowed the temporary crown to be “bridged”, or a single unit.
This is expected to help hold them in place during the 2-week pause before completion. We’ll see. A single one last year lasted all of two days.