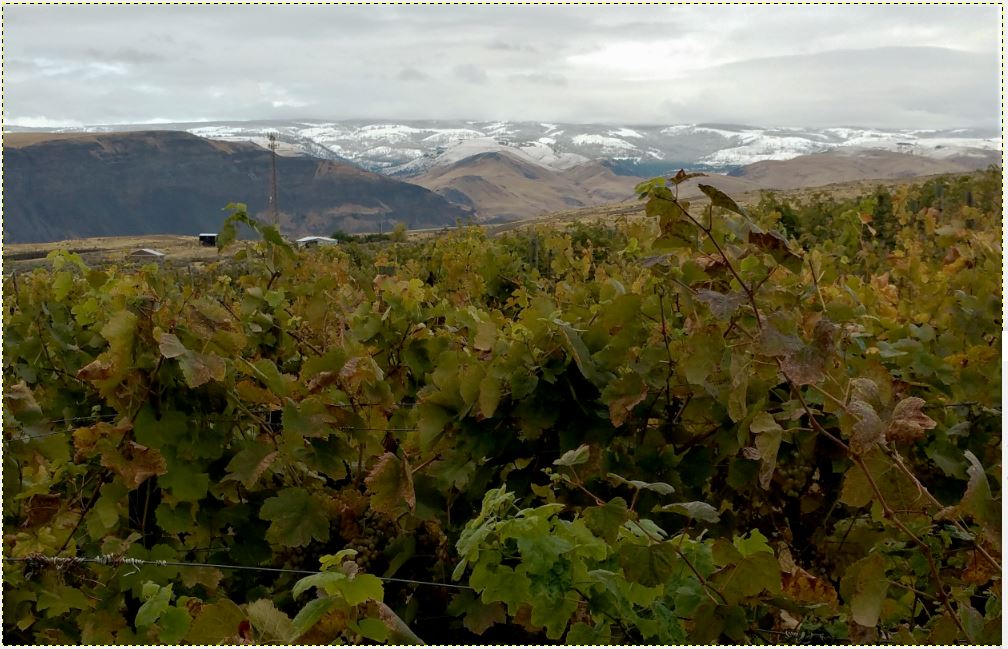 The photo I’m using tonight was taken from Phyllis and Cameron’s Mariposa Vineyard on September 30, 2019. Cameron says he was at approximately 900 feet (1000′ ?) elevation. [Need to measure that.]

View is looking west toward the ridges south of the Mission Ridge ski area. The snow line appears to be near 1,000 feet, also.
We live to the southwest of this view line, 25 miles away, at an elevation of 2,240 feet. From our driveway at Naneum Road, we can look north and see the west side of the ridges, to an elevation of 4,000 feet. On our side, the snow line was close to 3,100 feet.

Why the difference in the elevation of the snow line?

Cameron, years ago, noticed the area north toward Wenatchee and that to the east toward Quincy seemed to get more snow than did places farther east, toward Moses Lake. When he was preparing the proposal to have the area designated as a “wine region” – technically an American Viticultural Area (AVA) – he was pointed to a report on “cold air damming’.
It seems the ridges, with Mission Peak at 6,876 ft., are sufficiently high that cold air coming from the northeast flows into the Columbia River Valley and rides up against the ridge. The air can flow south, down the Valley (water level is 613 ft. north of Rock Island Dam and 575 feet south of the dam). The cold air has only a relatively narrow path to escape, and so it piles up against the hills.
The push from the northeast causes more air to rise up, with cooling and precipitation following. In the current case the precipitation fell as snow.

The air mass did, finally, push over the ridges and bring snow to our north. However, having gone up to well over 5,000 feet, the cold air could descend as it approached the Naneum Fan. Cooling stopped as the air came down into the Kittitas Valley. Snow did not reach us.
The snowline, from the end of our driveway, was about 2.5 miles away.
Incidentally, that is very close to the outer perimeter of the Snag Canyon Fire of August, 2014. We watched the fire, along with many others, from the wide area where our driveway meets Naneum Road. The snow did not attract a crowd.

I help prune grapes in the early part of the year – we started in snow this year, 2019. I help with bottling as needed at the White Heron Cellars.
White Heron now has a presence at Pike’s Place Market. Here is a link:
Northwest Tastings

We have another temperature related incident occurring on the same day. At the end of the article there is a reference to a warm area of water in the Pacific Ocean called the blob. This could be the path the turtle took to get to the cold water, or maybe it just wanted a taste of the famous food of the region.
You may not have heard of Port Alberni, B. C., but maybe you have heard of or even tasted a Nanaimo Bar, 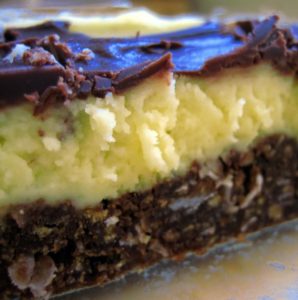 named after the town of Nanaimo. The two towns are located about 40 miles apart on Vancouver Island. This story comes from the part of the world not know for tropical sea turtles.
An Olive Ridley sea turtle, nicknamed ‘Berni Stranders,’ was found ‘cold-stunned’ in Alberni Inlet, Vancouver Island’s longest inlet. Rehabilitation is underway. 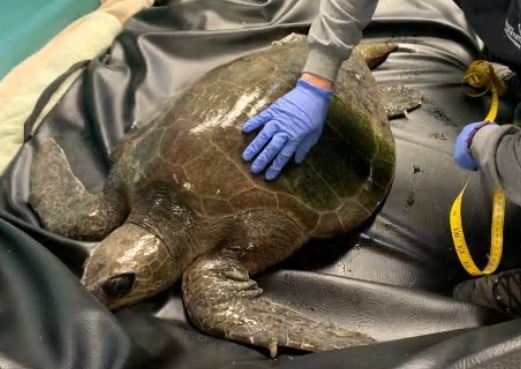