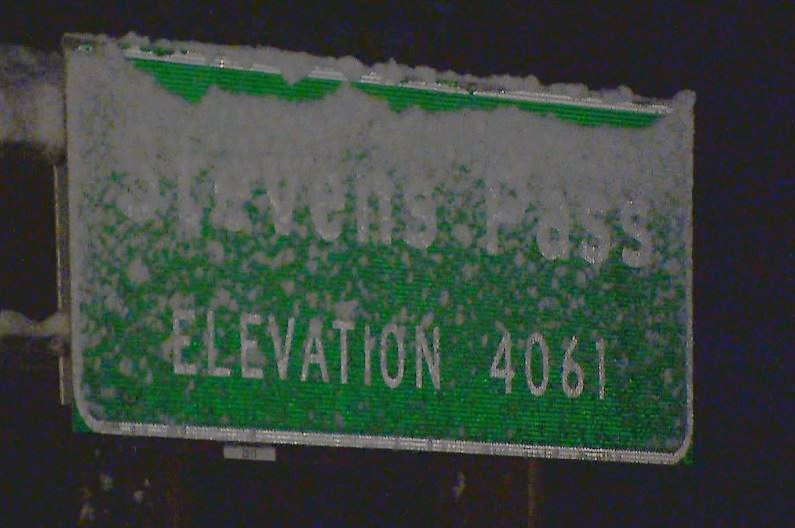 I think the photo is by Joel Moreno of KOMO News – Seattle.
Stevens Pass, WA

We are at an elevation of 2,240 feet and 54 miles SE of the Pass. At this time – Sat. Noon – we are along the edge of the airflow bringing the coldest and wettest air to the region. That is off to our east, in western Montana, with the coldest air now still north of Edmonton, Alberta.
We may, or may be not, have 5 inches of snow by Monday morning. Then it will melt rapidly.
I’m hoping for a nice October so I can do the things I put off while hiking in the Cascades.

Toughness is actually a technical term meaning a combination of strength (resists being pulled apart) and ductility (deforms without rupture). Spider silk is tough and the silk of a Darwin’s bark spider is twice as strong as any other. The orb-shaped web usually begins as a single strand called a bridge line, it is the toughest and has been seen 80 feet in length.

With clothing, the term “silk” is used but that word is most often associated with the material taken from the cocoons of the larvae of the Mulberry silkworm; that is, a moth. [Bombyx mori – if you care to look.]
Now there is a jacket [ Moon Parka ] ready for Christmas sales made from silk from bacteria. My guess – I can’t afford one.

A photographer had an idea. Worked out well. 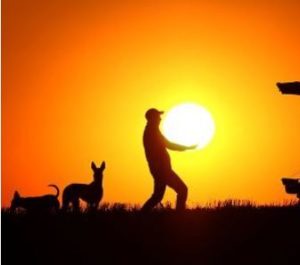 Follow this link, if you haven’t seen the sequence.
.
.
.

“Rescuers say the man somehow survived despite only carrying a pocket knife.”

In various ways the items in the photo below are called hiker essentials. Don’t hit the trail without them.