This is an interstate crossover for hikers, dog walkers, parents pushing strollers, and folks riding bikes. Approaches are curved, narrow, go up a grade, and not part of the road system. 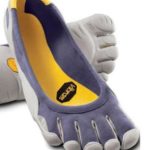 While working on hiking trails, when people approach, the crew picks up the tools and backs off, allowing the hikers to pass by. We often see folks ill prepared for what they are doing (hiking) and where they are (not in their own backyard).
We see people in bare feet, minimalist footwear (photo nearby), shower sandals, and hiking boots we would dearly love to have. We see lots of potential problems, but this an anecdote regarding footwear..

From the Coconino National Forest in Arizona: 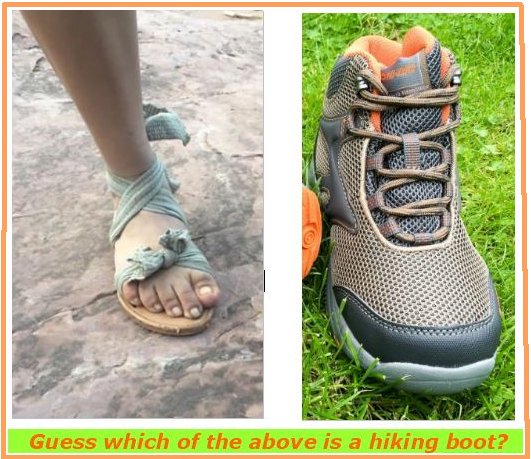 A group of eight people ventured five miles down the Fossil Creek Trail. About 200 people have to be “rescued” (helped) from this area each year. I wonder if this rescue counts as ‘1’, or ‘8’.
There are signs. One is shown in the story. 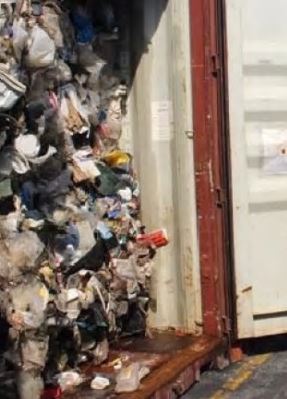 Our county sends garbage to the next county east for burial. Material that can be recycled is sent over to Spokane to a region-wide facility for sorting. Works like this for many small places in eastern Washington. Others haven’t figured out what to do with their waste.

In 2013 and 2014, a Canadian company shipped about 103 containers wrongly labeled as plastics for recycling to a port near the capital of the Philippines, Manila. So Canada had garbage.
Then Manila had garbage. [The number of containers of plastic versus garbage seems to be in flux.]
If I were Canada, I would say “Please bury the garbage and we will pay the going rate, plus 25% for the trouble. But, I am not in charge. Six years later this issue has not been settled.
Canada says “. . . we’ve certainly been working hard on this for a long time . . .”
Not hard enough!
From Manila, President Rodrigo Duterte threatened to “declare war” on Canada if it didn’t take back its trash.
Foreign secretary Teodoro Locsin is going after the Filipino importers who brought the trash into the country but dismissed suggestions they should be sent to Canada with the garbage.
But the garbage is headed north, so says the President: “I will advise Canada that your garbage is on the way. Prepare a grand reception. Eat it if you want to … your garbage is coming home.”
Coming home

For those of a certain age
This song was on the radio when I was six. 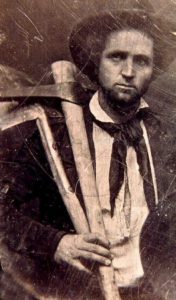 I’ve been doing trail work with WTA for 17 years. For the first time, several regular ‘day trips’ will be close to home – 12 miles across the valley, 16 road miles and about 20 minutes drive time.
The Google Earth view, below, shows the north-facing Manastash Ridge. The star on the lower left is the starting point. The star at the top is where several trails end up. We’ll be somewhere on that hillside.

There is history here: Rocks & books
I carried a couple of rocks (from Idaho) up to the top.