Pink and white Phlox with a few yellow flowers for contrast. 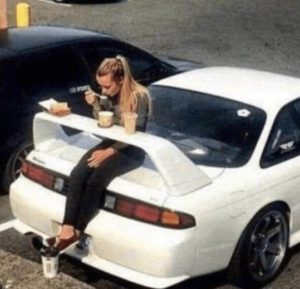 One of the new tulips for this year. 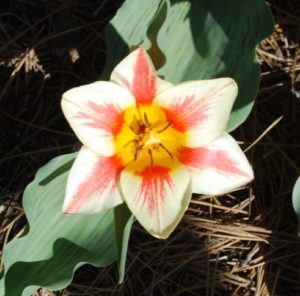 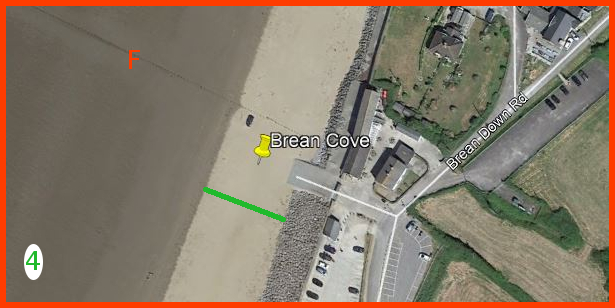 From the southeast of Great Britain, southeast across the Bristol Channel from Cardiff, Wales – – comes this interesting story. The Channel is open to the North Atlantic Ocean and, therefore, tides.
Bristol Channel has a tide of 43 feet (13 m), second only to the Bay of Fundy.
We have not seen either of the above, but we have watched the “Bore Tide” south of Anchorage, on the Turnagain Arm of Cook Inlet.
You can have a look: Bore Tide There is a video there.
So, folks go to Brean Cove (see image #4, above) and drive a van onto the sand. The green line shows the width of the hard sand in the image, a parked vehicle, and a fence (F). So far so good.
The story says a man parked and walked away. Next the tide – the 2nd highest in the world – rushes up the channel as the sun sets.
#1 makes a good photo. #2 shows the incoming saltwater about half way up the van. #3 shows only the antenna above water.
‘Time and tide wait for no man’

The time and tide phrase is ancient; pre-dates modern English. The earliest known record is from St. Marher, 1225:
“And te tide and te time þat tu iboren were, schal beon iblescet.”
A version in modern English – “the tide abides for, tarrieth for no man, stays no man, tide nor time tarrieth no man” evolved into the present day version. 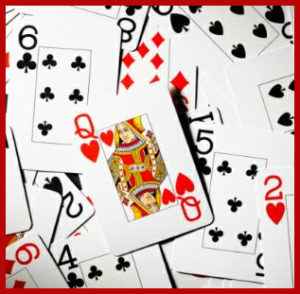 A Washington State senator, Maureen Walsh, made a statement last week that has garnered a passel of playing card decks. Our politicos were debating legislation that would “mandate uninterrupted lunch breaks and rest periods for hospital nurses.”
Hard working Maureen said “I would submit to you those nurses probably do get breaks…they probably play cards for a considerable amount of the day.”
Ouch!
Nurses and friends of nurses did not think this was nice.
She was invited to a hospital for a day, and will go to a hospital and shadow a 12 hour shift. Likely, she has never worked a 12 shift, so they had best have a doctor shadow her for when she collapses.
But wait; there’s more.
Someone posted an image and address and suggested she be sent cards. The USPS has kept a tally. 667 packs of cards have been delivered, as of Tuesday the 23rd. She has been getting about 300 packs per day. No word on how she will use them.
Link
She did have an important point to make but no one can remember what it was.

Washington’s governor is running for president to save the world from CO2, Democrats want to get rid of the current POTUS in any way possible, sports has Tiger to write about, English (like a cat sitting at an open door) can’t decide whether to stay or leave the EU, and the rest of the world is in turmoil. None of this registers in the Great State of Washington.
Here the big unresolved question is: Do nurses need a break during a 12 hour shift?

Item #4: Got water?
People in the USA are dealing with floods. That’s unfortunate, but it happens so often (build in a flood plain, expect a flood) lots of folks no longer pay attention. Note the WA State story above.

Meanwhile, in the Southern Hemisphere, Australia (a sunburnt country) is having a rare rainy period.
Look on a satellite image of Australia for Lake Eyre. No lake. You will see a large inland area of light browns and white. It is the lowest natural point in OZ. Wikipedia has an entry: Kati Thanda–Lake Eyre, with maps and photos. The section on ‘birds’ is informative.

The current story: “Lake Eyre could get to its fullest since 1974” is here: Link.