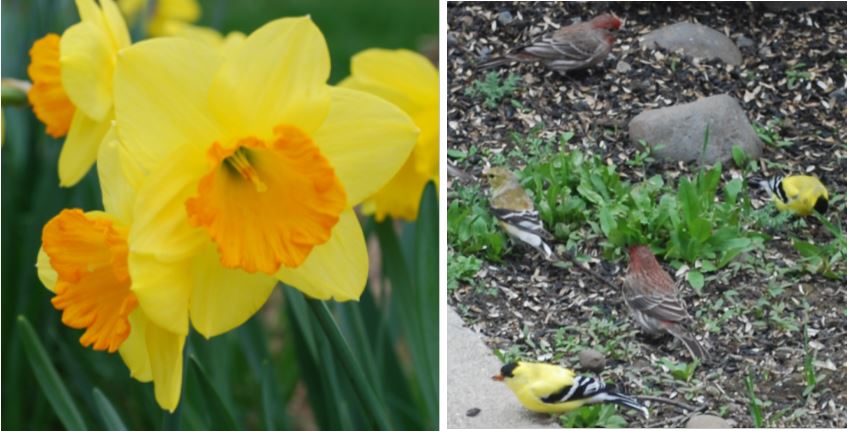 I took the top 2 photos today. The bottom 3 are from the web.
People have too much time to squander.
A friend was visiting Banyan Bay in Belize and sent a photo of a “weather station” similar to the middle one, with the Coconut. I found this one where the Coconut is much more visible. Regarding the one proclaiming to be mine, I’ve no idea where it is from.
The can of Dehydrated Water is an old novelty item by a real company of Evanston, ILL.
If you want to waste more time you can read about the
Dihydrogen Monoxide parody. 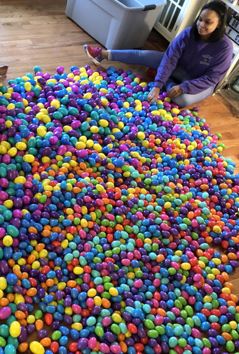 The “in thing” appears to be adult Easter Egg Hunts. The picture here shows some of the 4,000 plastic things being stuffed with a small prize or a gift ticket. This hunt has 300-plus tickets at $25 per entrant. No children.
Some of the “eggs” have cash ($20) in them, others have raffle tickets, and the top prize is a 50-inch smart television set.
The evening event includes a visit by the Easter Bunny and a lineup of games and challenges such as sack and spoon races.
Can you believe sometimes the attendees elbow and knock each other out of the way?
I’m shocked; shocked – I tell you.
Casablanca gambling?

Item #3: Take me to Portland 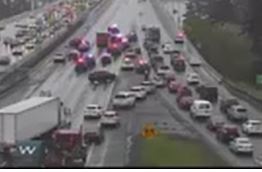 This is a bit odd. Not a good photo because it is from a WA DOT traffic camera.
With only the driver there, a man stepped into a bus and told the driver he had a gun and he wanted to go to Portland, OR (from Vancouver, WA), about 9 miles. The report does not say how authorities learned of this (on bus microphone and camera ?), but they did.
A few hundred yards before crossing the Columbia River, police laid a spike strip, took the man off, and that’s the end.
Because the destination is only 9 miles away, the person could have walked, and saved himself and others all the hassle.
And the final point is, why does anyone want to go to Portland? 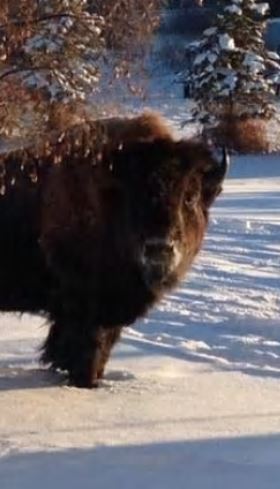 A brief escape of a Bison from a Winnipeg interpretive centre pointed me to the Freddy story. This is a bison that makes a habit of escaping its pen on a farm off Highway 405 between Lorette and Ile des Chênes, Manitoba. Also near Winnipeg. This is a year old story. 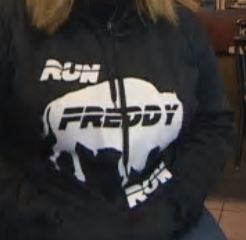 .
.
.
.
.
.
.
.
.
The community’s custom apparel company has made a dark blue shirt.
Of course, locals are also making sure everyone knows not to approach Freddy for a “selfie.”

Freddy is not a pet

Here’s a story with a Washington State connection.
There aren’t many Honda Accords with Washington State plates reported stolen in Hillsborough County, Florida. Nevertheless, a Tampa man, already on probation for auto theft, reported to his probation officer driving the Honda. The ignition column had been punched out and a screwdriver was needed to start the car.