Going to a New Year’s Eve party without wearing a tracking device is just asking for trouble.

This just out:
People who drink moderate amounts of alcohol or coffee live longer than those who abstain. The study also found that people who were overweight in their 70s lived longer than underweight folks. The bad news is that living past 90 is bad for your health.

An ad with a dog, shows a Boxer running from left to right and 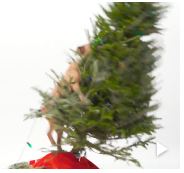 launching into a Christmas tree. Note the red base. After the tree – with base – is flattened, the dog wanders off and comes back dragging a 2nd (?) tree without a base. My first question was, How did they get the dog to jump up and into the tree? Tree bases usually are filled with water. This one isn’t. And did they use two trees, or just one? And which was filmed first, the one knocking over the tree, or the dragging of the tree?
Ad failed. I don’t even know what they were selling. 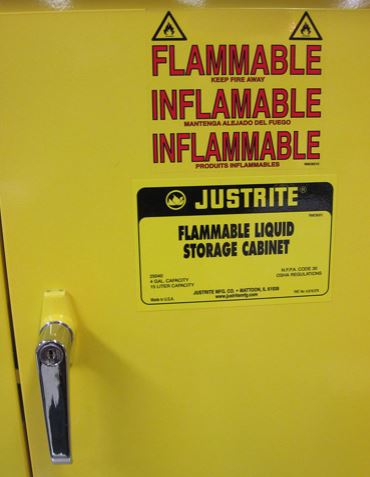 The photo shows a metal cabinet for storing liquids that can catch fire. Note the top word is “flammable” and the next word is “inflamable” with 1 ‘M’. Then next, with 2 ‘Ms’ and below all that is (in black) the first spelling again.
The problem isn’t with the cabinet maker, but with the general population. Words can be tricky.

Another example: If you are “earthbound” are you a space traveler heading toward Earth, or are you on Earth’s surface and stuck there?
Or consider “subpar.” If you are playing golf, that’s a good thing. If it is your pay-scale, that’s not so good. If someone or something is “sanctioned” – is that good (approved) or bad (penalized)?

This issue arose this week when a politician in England “tabled” [presented for formal deliberation] a motion in Parliament. In the Congress of the USA, to table a motion means it will not be deliberated, not soon, and maybe not ever.

You can read all about this stuff, here: Dueling meanings 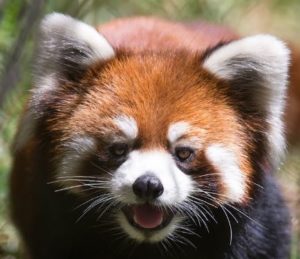 I’ve mentioned the Seattle Woodland Park Zoo’s Red Pandas. The latest is that they went for a bit of an unplanned romp that the news describes as an escape. That is a stretch, but it is a fun story.
Escape !

The year ends with no Sun Spots.
However, there was a hole in the sun’s atmosphere that allowed a stream of solar wind to head Earth’s way, and is expected to buffet Earth’s magnetic field for the next 24 hours. There may be more auroras.
The solar wind is a stream of charged particles. No danger

And that, for this year, is the not so nasty news.
John