Item #1: Weather
While we are having freezing temperature at night, the daily high has mostly gotten above 40° F. We do not have snow – unlike lots of other places in this wide land. So far, that’s good. However, mountain snow is desired because it is the region’s storage facility for electrical energy and water for crops.
The only thing in our forecast of interest is an “air stagnation advisory”, meaning bad news for those with breathing problems, and those who invested in wind farms.

During Sat through Tuesday, wind power – green line in this chart was near zero. Early evening of the 14th wind at Ellensburg hit 18 mph, than dropped to 3, had another small burst and is again at zilch. In this chart, “Fuel” means gas, sawmill and paper plant materials, and some methane from landfills. This is fairly steady but does go down and up with activities at these facilities. The nuclear plant is southeast of us about 70 miles and has been a steady electricity producer since December 1984.
The good news is the “hydro” power way off the top of the chart.
When the wind picks up – maybe Thanksgiving Day – and the blades begin to turn, the output from the dams will be dialed lower.
This region-wide process is called “balancing” and the chart I’ve used updates every 5 minutes. The Bonneville Power Administration in Portland has this responsibility.

Over the last three days our friendly broker has brought 15.9 tons of baled hay. It is now stacked in our shed, and will feed the horses through all of next summer. We used to bring hay home in a stock trailer and pickup – about 3 tons. When I was a kid in PA, bales weighed about 65 pounds. Now they weigh about 110 pounds. I did help unload this week. As the horse herd grew, getting hay started to seem like real work. We no longer have to make that effort. And that’s good news.

From the text:
“She was in the back of the truck and as we just about got to the vet, we hit the gutter and all of a sudden the dog’s head popped up and her eyes were open and signs looked very good at that stage.”

This story is from Australia, so maybe gutter is a slang term meaning something other than running off the road and bouncing around in a ditch. Don’t know.
Anyway, you can have a go at it. Here

There is an animal called a Red Panda, being neither red nor a panda. They do have a ruddy coat color and they do eat bamboo. Close enough.
The zoo in Seattle (Woodland Park) had a female named Hazel. In June along came Sisters Zeya (ZAY-uh) and Ila (EE-la).
Story and video here. Link
Last week visitors had a chance to view them. They have been in a controlled environment. 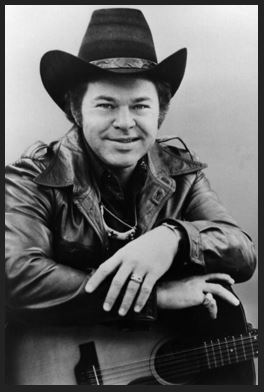 Roy was 85 and hasn’t been in good health. A few years ago he still performed, surrounded by other great musicians. They had a fun time together and fans seem to love the shows – even knowing they were not seeing him at the top of his game. When that really might have been, I don’t know, but here is a sample.
This is a performance when he was 31, more than a half century ago.
Roy Clark

And that, for this week, is the not so nasty news.