Item #1: Kundabung gets kwalloped
There are 2 short videos at the link below the photo. One with dime-sized hail and the other with somewhat larger hail. 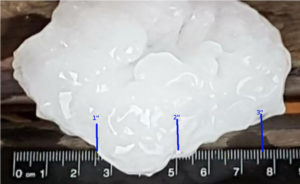 Scale is in metric. Blue lines are an inch apart, 1, 2, 3 inches.
It is early ‘spring’ in New South Wales so some crops were damaged.
Reports of injuries to people and animals are lacking. That’s the not so nasty news.

Item #2: And from nearby, Bungwahl 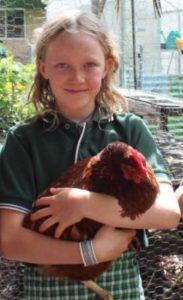 Whatever happened to peanut butter and bread?
Maybe my sister can help me out here, but I don’t remember raising plants or animals at school. For quite sometime we carried lunch from home. Then (when?) there was a cafeteria in rooms just off the basketball court. I have no idea what was served.
We did have a garden at home – about a mile away. I don’t remember walking home for lunch either. But never mind.
I do wonder if the kids at this school study letters and numbers, history, and so on.
So here is the funny thing: I don’t actually remember learning anything at school until about grade 5/6 (same room together).
I do remember helping in the garden and learning to cook.
Your remembrances may be different.

The headline included the words “jingle dresses” and being the non-world traveler, I had not a clue. So, I followed the link.

A Facebook page was used. Saskatoon’s page, with 26,000 followers, has about 10,000 more followers than the Toronto Crime Stoppers Facebook page. I investigated further and found I can buy the little jingle cones for about $20 Canadian for 100. At the moment that’s about $15 US dollars.

Make your own dress

Jingle jingle This is a Wikipedia article. The origin story is interesting. Involves a sick child.

My car is blue, so these are not me.
This is the 3rd or 4th time in 2 years that I’ve had delays getting home after being out and about.
In 2017 I went east of Spokane. Just as I got on I-90 to head west, a utility transformer caught fire and high voltage power lines dropped across all lanes of the highway. 1 ½ hour delay.
Earlier this year, very early in the morning I headed to Stephens Pass. Large fires and regional air circulation brought smoke into the mountains. I was on the road with no way of knowing the event I was headed to had been cancelled. 2 hours each way, and a complete waste of time. Consolation prize: I got to see a Mountain Lion cross the road during my return trip.
Awhile ago I again went southeast of Spokane to a trail and while there a grass fire started near I-90 on the Ellensburg side (west) of the Columbia River. For about an hour I got to watch airplanes and helicopters fetch water from the River and head toward the massive smoke plume near Rye Grass Summit. This one took 1.5 hours of extra time getting home.
Regarding the photo above: I was helping to bottle Roussanne at White Heron Cellars. About the time I headed home – normally a 70 minute drive – a guy in a red truck tried to pass traffic. This is an easy maneuver. I’ve done it dozens of times. However, this gent went into the downhill lane and encountered a white Dodge Caravan. Neither of the drivers were injured. {Last year there was an accident on this road but I was able to go around on an orchard access road – before police arrived.}
Thursday, I was just starting up the hill, not even to the 2-lane passing section, when I came to the stopped cars about a mile from the accident site. About an hour later, the 2 wrecked vehicles were brought down the hill. I went on to Quincy 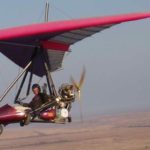 – 6 miles – with the road full of vehicles, and side roads too. At Quincy I turned south, so I’ve no idea how far east of Quincy the line of stopped vehicles continued.
Did I mention that at White Heron Cellars, I am a total of 24 miles from home – if I had a helicopter, or one of these *Ultralight_trikes* traveling would be a breeze. 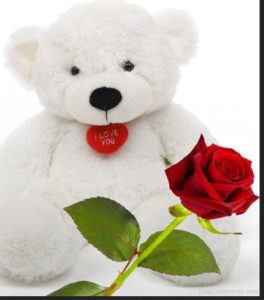 Some of you may know of the singer Joni Mitchell, and that her home town was Saskatoon. Okay, me neither. Of great interest is that she is just 2 months older than I am.
She just turned 75, and for this she was given a new name, that being “Kāwāsapizit Wābiski Makawko-ikē” from a childhood friend of the Yellow Quill First Nation.
Birthday girl
You might wonder about the meaning of this, and so, given my great linguistic skills, I will translate. It means “Sparkling White Bear Woman.”
I bring this to your attention because I now am in great anticipatory mode, awaiting January 4th and a new name. I know it could be something like “Stinking brown pile of bear crap”, but I’m hoping for better. Thanks.