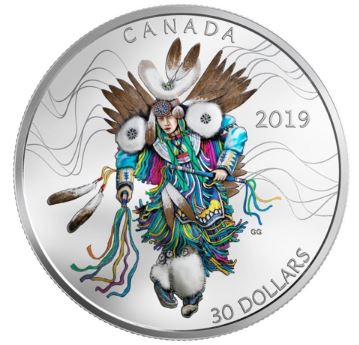 Fancy Dancers
“Fancy” is a competitive powwow dance known for its fast and furious pace.
“We pride ourselves on telling the fascinating stories of Canada through coins, . . .” – – so says Alison Crawford, of the Royal Canadian Mint.

A few of these coins will be put on display in museums. Most will be sold once or twice and join other rare coins in homes of the rich. A very high percentage of Canadians will never see one, and fewer still will ever hold one.
This is wrong. Wrong! Wrong!
Canadians unite. Revolt. Demand.
I hope ‘3,500’ is a typo. 6 zeros, not 2.
35 Million sounds better. 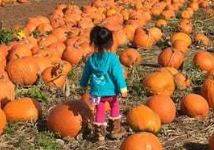 Leaves are turning colors, corn is ripe (or past ripe), pumpkins are coloring, and folks are happy to take your money to see the wonders of Autumn.
This link: Pumpkin Patches has some of the better known places in the Puget Sound area. Good photos, too.
This one ( Swan’s Trail ) has a 12 acre (~ 9 football fields) corn maze in the shape of the State. There is a 50-acre pumpkin patch.
These places accept cash and credit cards.
Check such places in your neighborhood. Have fun.

Item #3: A collection of Australian trolleys 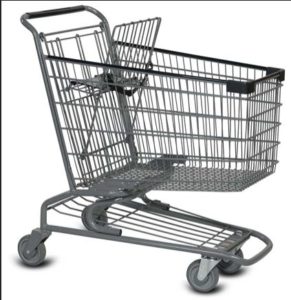 After reading this story I searched with the term “shopping carts” and images. Who knew there were so many?
Oh well – the folks from OZ call them trolleys.
Trolleys go to sea
There is a 90 second video of a guy in a white shirt with a blue tie. He stands on a dock and points at the water. Could they not pull a couple of “trolleys” from the water and show them.
How much does one of these cost? Anyway, the good news:
These places make good habitat for creatures.

Item #4: This one is for Peggy

Baker Mayfield Is the Mayor of Cleveland
“On Thursday night, Mayfield—the first overall draft pick, a Heisman-winning quarterback out of the University of Oklahoma—hopped off the bench late in the first half of a game in which the Browns trailed 14-0 to the New York Jets.
One half later, the Browns had an inspired 21-17 victory. It is the forlorn franchise’s first win since 1916. I mean 2016. But you know what I mean. It feels like 1916.”
[Jason Gay, Wall Street Journal]
Story here from USA Today