Last weekend I was talking with Gina who lives on the west side of Houston. She is a school teacher and has an avocation you can find by searching: Gina’s Heart of Gold Reptile and Exotic Rescue
I think this began many years ago when she introduced live animals into the classroom. 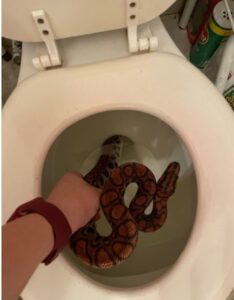 While we talked, she was going from room-to-room looking for a wandering snake.
As the photo shows, she found it in the toilet bowl.
All’s well that ends well.

Kathy sent photos of a rehabilitated saddle she carried away from here last year. I had neglected it. Nancy and I bought it used in Idaho, but it was made in Portland in the early 1900s. I feel guilty about how it looked and now I can let that feeling pass – thanks to Kathy. Her dog thinks it is a house. Ain’t that cool! 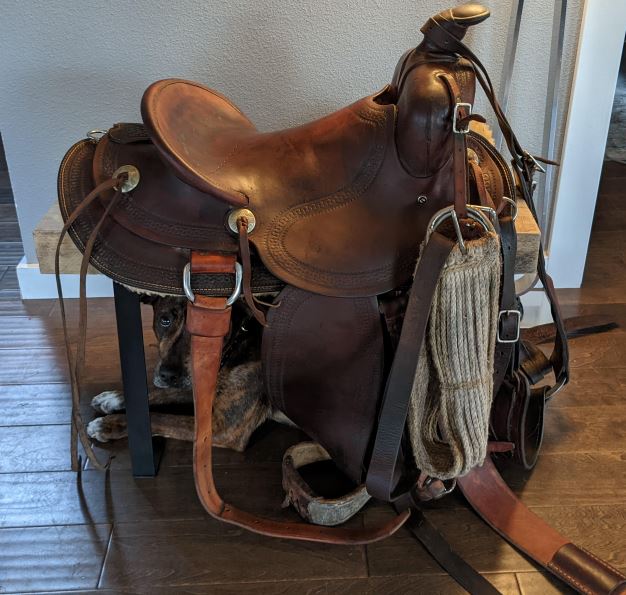 The Big Brown Shed got de-roofed, and partially re-roofed. The weather forecast for Friday included winds of about 20 mph. The guys decided not to be up handling sheets of metal that are 39 feet long.
The 4-part image below shows the progress. 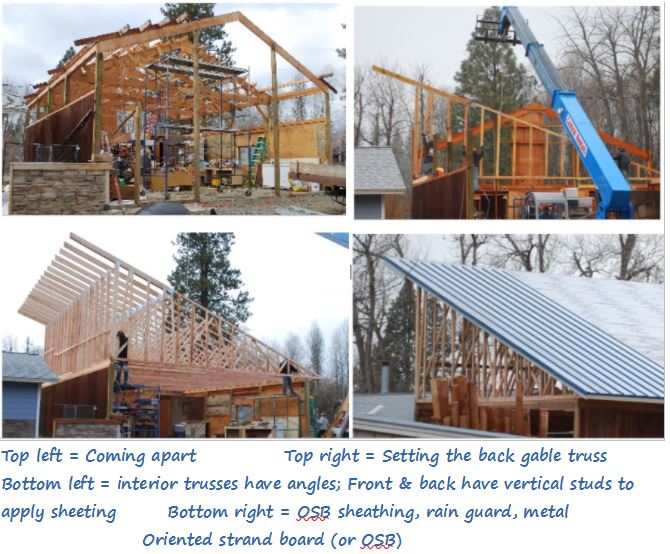 Thursday morning I went to the vineyard, arriving at 9:00, pruned until Noon, and had lunch there with Phyllis and Cameron. Friday we pruned from 1:00 until 4:30. Cameron had winery visitors about 3:30 and Mark left at 4:00. Eric, Tom, and John finished all the rows that were started – the last of the Roussanne. Syrah vines are next. The weather was nice, but January and February were cold. So far, there are no signs of growth, such as weeping of the cuts.
I used Saturday to drag the heavy trusses, that supported the old roof, to an out of the way location. I had worked some to take them apart and realized that was taking too long for a low priority project. It will be a morning project for summer.
I split a few wood rounds and used the chainsaw to cut three small old trees into burnable size.
The grocery store had a meat sale on Thursday. I bought a large beef roast and (Saturday AM) cut it into 4 pieces. I froze three, and cut the other into chunks and used the crock pot to make veggy-beef stew. It will cool during the night and I’ll have a put-it-away project in the morning.