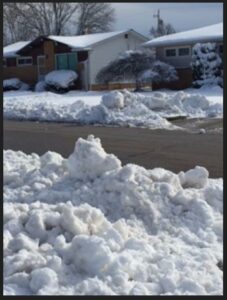 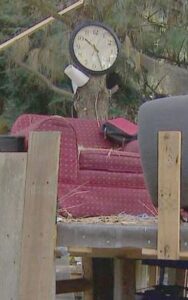 I have a clock like the one shown, but all-in-all this man had more stuff.

Item #2: How to use a frozen turkey 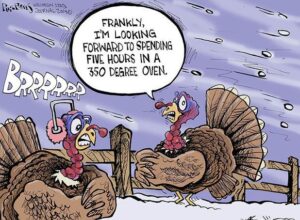 You, too, can get creative in putting a frozen turkey to good use.
Demetrius Truss, of Milwaukee, found his car’s left rear wheel gone and the wheel hub propped on a frozen turkey. Either the thief developed a conscience – – – or – – – used whatever he had at his disposal.

The accompanying cartoon has the oven temperature of 350 F. degrees. That seemed a bit hot to me, so I searched it up on the internet. I’m guessing Mother didn’t use 350.
ButterBall® and other sites suggest 325°. Okay, but I like roasting in a “slow” oven – meaning about 225° to 250°.
Here is one explanation,
Recipe

although I would make some changes because I never have “sprigs” of spices. And “Kosher Salt” is still Salt as this site explains;
https://www.thekitchn.com/kosher-salt-where-it-comes-from-why-its-called-kosher-ingredient-intelligence-219665 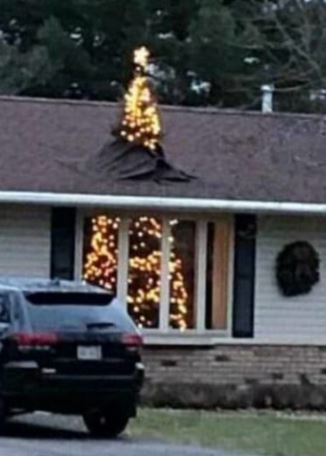 If our house could be seen from Naneum Road, I would do this. The first person to think of this should get a large money award.
I found this with the contributor claiming “Clark Griswold approves.” I had no idea what that meant, so off to find out.
But I think I might have to watch a movie or two to learn. Clark Griswold is the main character in a series of silly vacation movies; the third is titled National Lampoon’s Christmas Vacation. I know no more.
As a teen I did help set up a tree this tall. A couple of us did a few things with the sons of a local judge. Some common interests but they went to a different school. One December the Judge wanted a large tree for the house. It was a large house (stone exterior) with an open interior of about 2 ½ stories. So we found a tree of the size desired, cut, and carted it off to the house. Getting it through the door was a bit of a problem, but the damage to the woodwork was minimal, and it was a fine addition to the living room.
You can see this house by searching on Google Earth using this: “Stone House Road, Clarion, PA”
. . . that lands you half way along the short road, so move to the left where there is an intersection with Greenville Pike/Avenue. Spot the brownish roof in the corner. There have been a few changes over 60 years for the property and the immediate area. 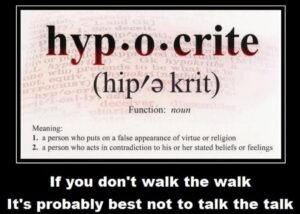 The speaker emphasized residents ‘need to stay home.’
Why is this news? Because . . .

In early November, as health officials warned of an impending COVID-19 spike, Austin Mayor Steve Adler hosted an outdoor wedding and reception with 20 guests for his daughter at a trendy hotel near downtown.
The next morning, Mr Mayor and seven other wedding attendees boarded a private jet bound for Cabo San Lucas, where they vacationed for a week at a family timeshare. There, in Mexico, he recorded his message.

Many such stories of those some call “limousine liberals.” 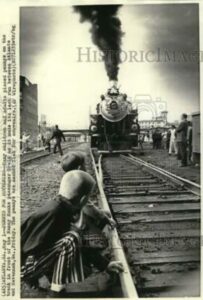 Nancy will appreciate this photo.
Children are placing pennies in front of the passenger train Nancy Hanks prior to its last trip between Savannah and Atlanta, April 30/May 1, 1971. The Nancy Hanks

As the Sun went behind the Cascade Mountains this afternoon I came inside, grabbed a snack, and wondered what to use as Item #5.
I switched on SiriusXM and a country song, being sung by David Allan Coe, titled ” You never even called me by my name” came on. When the song appeared to be ending, Coe spoke (as a song part, it is called recitation):

[Verse 4]
Well, I was drunk the day my mom got out of prison
And I went to pick her up in the rain
But before I could get to the station in my pickup truck
She got run over by a damned old train
_ _ _ _
The song seems to be about a spat between a man and a woman,
but it is meant to reflect on Coe’s troubled relationship with the music industry.
Steve Goodman is the person that wrote and performed the train song “The City of New Orleans,” about the dying railroads and his own life, dying from leukemia. Steve Goodman.