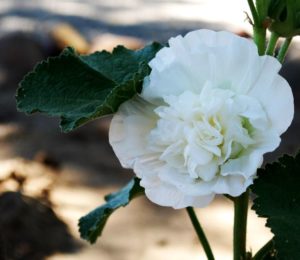 I bought a set of 5 Hollyhocks in spring 2019. They had a hard time with the cold and wind, and at the end of summer only two had life. They persevered, and with even worse weather for tall flowers, have developed buds and a colorful blossom. This one is fully reflecting and scattering all the visible wavelengths of light.

Hollyhocks are described as tall – 4 to 6 feet – and doing best in full sun. I planted mine in an area that I thought would get some protection from wind. Under a Ponderosa pine is not in full sun, but they are standing without being supported. As a consequence (?) they are only 2 feet tall.

Forecast for the coming week is for 90+ temperatures, and for the second plant to bloom and reveal its color.

Note the ball on the right. 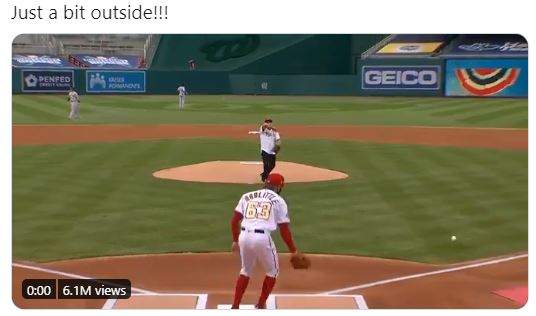 Looks like the nation’s foremost infectious diseases expert missed the plate by about 20 feet. There have been throws worse than this:
poor ceremonial pitches

The phrase used above has a history and seems to be best known from the film “Major League” in which Bob Uecker portrays Harry Doyle. With a pitch thrown several feet off the plate, Doyal announces “Juuust a bit outside. He tried the corner and missed.”
The movie has a series of one-liners that would make Rodney Dangerfield jealous. So I’ve read.

Our wind is gusting to 40 mph so I’m wasting time chasing the history of car radios. Here’s why I got to the subject.

The term Cèilidh indicates a traditional Scottish or Irish social gathering. In its most basic form, it simply means a social visit. In contemporary usage, it usually involves dancing and playing Gaelic folk music.
So, while looking for a bit of interesting news, I learned of Cèilidhean [plural; or is it ceilidhs?] happenings on Prince Edward Island (P.E.I.).
6 fun things
See #5 of the 6 fun things to do on P.E.I. this last weekend of July.
At $15, I think I could go, but it will be over at about the time I post this. 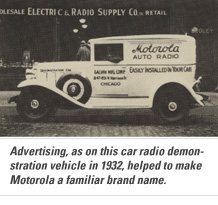 #6 (Saturday) shows a picture of Kinley Dowling, singer and fiddle player. I think we would prefer her and friends, but note this: “guests will drive onto the concert grounds in Cavendish, following staff directions for physical distancing, and stay in their vehicles.” Tickets are $78 per vehicle, $47 for a motorcycle and about $23 for an individual.

Music in your car!
Car & Driver magazine reports this phenomenon first occurred in 1930.
The Galvin brothers, Paul and Joseph, and Motorola There are links, too many for even a very windy day.

I am underwhelmed. Apparently there is a National Hockey League team in Seattle. The team was awarded to Seattle in December of 2018. Since then fans have been helping with a name and logo.
From Wikipedia, I learned a Kraken is a legendary cephalopod-like sea monster of gigantic size in Scandinavian folklore. According to the Norse sagas, the kraken dwells off the coasts of Norway and Greenland and terrorizes sailors.

Gov. Jay Inslee released a statement tonight (March 15th) that further expands protections against COVID-19.
“Given the explosion of COVID-19 in our state and globally, I will sign a statewide emergency proclamation tomorrow to temporarily shut down restaurants, bars and entertainment and recreational facilities.”

For the record, I am way ahead of Inslee and other officials.
I am not now, nor ever was, a governor but I was shutting down bars long before Panic2020.