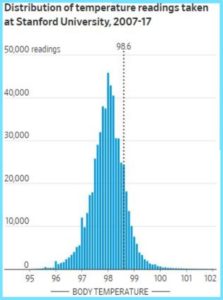 “What gets us into trouble is not what we don’t know. It’s what we know for sure that just ain’t so.” ― Mark Twain
A new normal?

Back in the 1860s folks tended to get various infections, many chronic, and died at an average age of about 38. Measurements of temperature by Carl Wunderlich appear to have a bias toward the high side. About 30 years ago it was estimated to be 98.2 °F. The new study claims 97.5°F.
Ask your medical practice what they think? Most folks still reference 98.6. Do you?

Item #2: Be glad you are not there 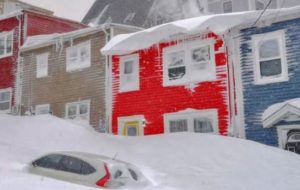 Last Friday there was a developing blizzard of heavy snow and strong winds in Newfoundland. Photos and related links are now available. Note that the snow has mostly blown off roofs and such and piled against buildings, and closing off some doors.
photos from the Newfoundland snow

Hope they have equipment to load and remove much of this.
Maybe they will revert to historical ways – a snow roller: 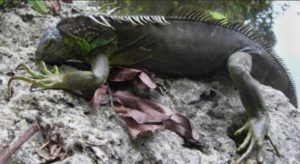 A guy in Florida put cold “frozen’ Iguanas in his car. Apparently he heard they were good grilled, so he planned to have them for dinner.
I’ve never seen a “frozen” Iguana, but in this photo it looks more like a nap. Those in the car warmed up and one report said they attacked the driver.
If you were resting in a tree and woke up in a moving car with a stranger, would you just think everything was normal?
Maybe you would get a bit excited and/or agitated and cause a car accident. That’s the story.

Item #4: Some things can’t be found 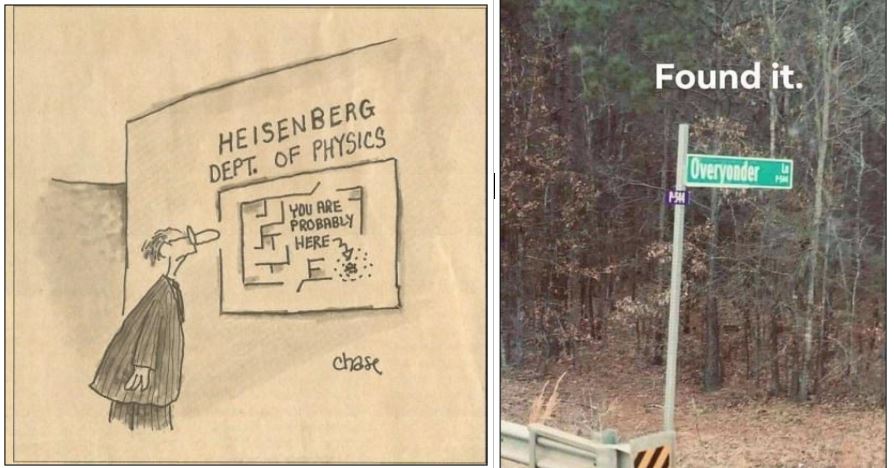 Left is for physics nerds. Right is for those lost in “the south.”
Overyonder Lane is between Clemson and Seneca, South Carolina.
Whether or not you want to head down that road is another question.

In the area where this story unfolds, New Jersey is only 40 miles across (east to west). Drivers from northern NJ and NY were headed south. Came up short.
Lost!

We don’t use a mapping – car thing. Nancy’s Forester has one pre-installed. When we used it in Yakima years ago we set the destination and started off. Then we decided to make a short side trip and the “voice” came on and started with ‘error, go back’, or ‘turn around’, or ‘take the next left’.
We did not know how to re-set it on the fly, so we shut it off.
The link above goes to a story about folks heading to a New Jersey casino. They ended on a dirt road in a wildlife reserve 45 miles away.
I wonder if alcohol was involved?
If, when headed to Atlantic City, you turn onto an unpaved road consider that a clue that you are lost.
Found a review of Waze versus Google Maps, if you care: Link