Drivers along a highway near Richland, WA were trapped by… tumbleweed.
This location is about 100 miles south of us.
This happened Tues. evening 12/31.
The story seems to have made it around the world and back by Wednesday.
We haven’t been down that way in several years but did see masses of tumbleweed in a few places where fences managed to snag it. Often it is in a road cut that redirects wind over the place. Otherwise, I think it makes it to the Columbia River and heads to the Pacific Ocean.

Nancy headed downslope today and called to say she was seeing fog in the Kittitas Valley. I checked the WA-DOT cameras and snagged views from the top (2,600 feet) of the ridge to the south and another from the interchange (1,600 feet) near the small town of Kittitas.

The right side photo is about 6 miles north of the left side location; although the view on Manastash Ridge is more to the west.
Upon arriving in WA we made an offer on a house that gets that fog frequently; 2 miles south of the camera at I-90. Other folks made an offer a few hours before ours, so they are down in the fog. We lucked out.
Last night we had an inch of snow – now it is sunny with some thin high clouds.
Snow is coming starting tonight and lasting for several days. We won’t get a lot but the mountains 50-70 miles west will get up to 2 feet.

Adults spend hundreds of hours making minutely detailed replicas; and I guess you can buy them just like other art pieces. The Wall Street Journal did an article from which I copied this image of the trailer-house. There is nothing to provide a sense of scale. It does say there is a rabbit pen (not seen here) with poppy seeds as droppings. 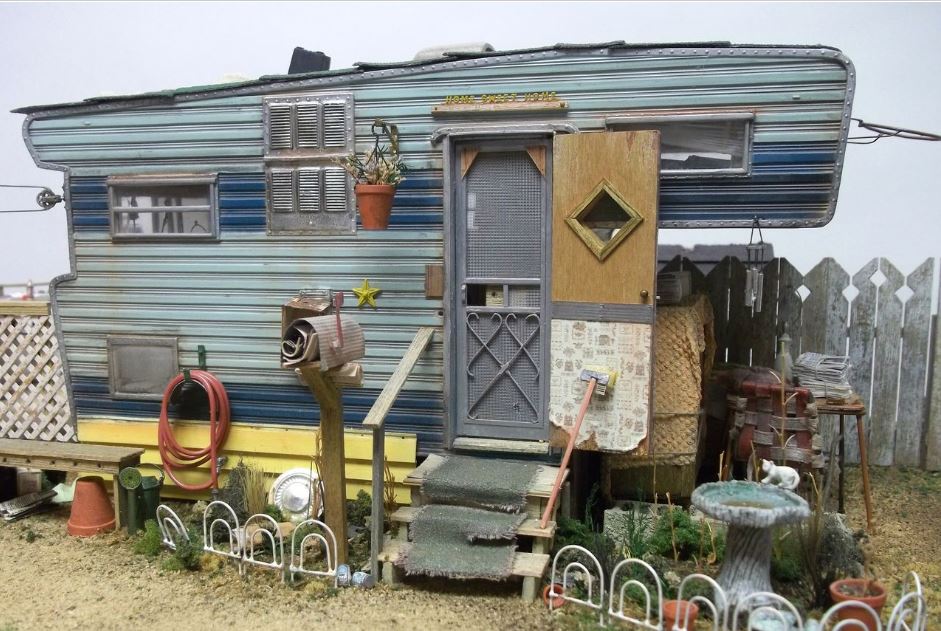 This one has a person’s hand for scale, scroll down:
Link
It has still photos of a piece called “Charleston Facade” with dimensions 11 inches wide, 18 high, and 5 thick. 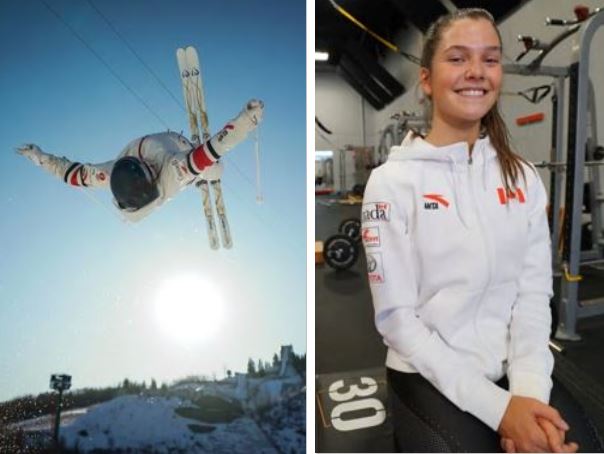 Christopher Lake, near the center of Saskatchewan, is about as flat as a place can be. This young woman, Maia Schwinghammer, is one of the world’s best downhill moguls skiers.
How did that happen?
She began at age 4 skiing with a tow rope behind her uncle’s snowmobile. 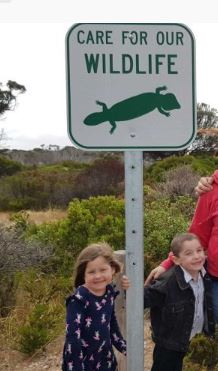 As young teens, a neighbor pulled his son and me on a toboggan behind a jeep. We had fun but it didn’t lead to a career.

This kid, seven-year-old Jake Croker saw signs for kangaroo and emu. He wanted to save lizards, specifically one called “sleepy.” The name shingleback is also used, especially for T. rugosa asper, the only subspecies native to eastern Australia. This area is west of Adelaide, on the Yorke Peninsula.
These are slow moving blue-tongued skinks. Do an image search using those 3 words. Some skinks have green blood.
Maybe the name “sleepy” is because of them being slow moving.
I haven’t found an answer.
Anyway, here is the Link.